Zabdiel de Jesus is a famous Puerto Rican singer who performs as a part of the popular Latin American Boy Band, CNCO. The band was formed in 2015 in the very first season of La Banda; a Spanish language singing competition. 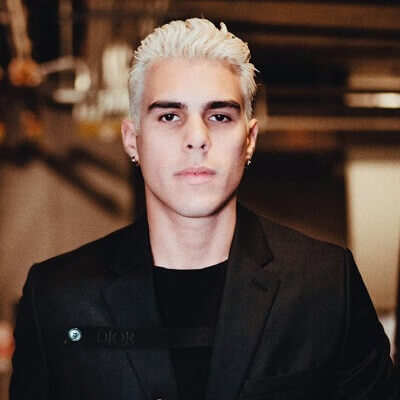 What is the relationship of Zabdiel de Jesus?

Zabdiel has kept his private life to himself until now and has not shared any information regarding his previous or current relationships with the internet or his fans. He is a heartthrob already, though and a lot of people want to be romantically involved with him. But as far as we can tell, he is currently single and is focusing on his career than relationships at the moment.

Who is Zabdiel de Jesus?

Zabdiel de Jesus is a famous Puerto Rican singer who performs as a part of the popular Latin American Boy Band, CNCO. The band was formed in 2015 in the very first season of La Banda; a Spanish language singing competition. Jesus along with his band, CNCO won the competition they have been active since and have a promising future ahead of them.

Zabdiel de Jesus was born on the 13th of December, 1997 in Bayamon, Puerto Rico. As of June 2020, he is 22 years old. He was born to Noemi Colon Gandia (mother) and Carlos de Jesus (father). His father was a major reason for his success in the Spanish music industry as he pushes Jesus to pursue music from a very young age and also helped him learn various musical instruments.

He has a brother, CarlosXavier de Jesus with whom he shares photos constantly on social media. His ethnicity is Puerto Rican.

Jesus hasn’t made information on his educational background public as of now, however, he seems like a well-educated person.

Zabdiel’s family is a family of music enthusiasts. As a result, he learned many different musical instruments in his younger days and was aiming to be a singer one day. Due to this, he entered the Spanish talent hunt competition, La Banda, in its very first season. There he formed a boy band CNCO along with four other artists, Christopher Velez, Joel Pimentel, Brian Colon, and Richard Camacho. Due to their impressive talents in singing, the band went on to win the competition and got themselves a five-year contract from Sony Music Latin.

They were already famous by the time they had won La Banda and went on to perform their finale song, at the Time Square in New York on the new year’s eve in 2016. Jesus and the gang released their first album, First Appointment in August 2016. This was their very first project together but that didn’t stop it from selling over 60k copies in Mexico and it also won the Latin American Music Award for Album of the Year in 2017. Their second self-titled studio album also saw massive success as it broke into the U.S. billboard top 200 chart and reached number 33.

It featured many spectacular tracks among which the single, Slow Reggaeton, was especially popular as it got over 1.5 billion views on YouTube within a year of its release. They also earned a nomination at the Latin Grammys and won a bunch of other awards for the album. The band has toured with popular artists such as Ricky Martin, Ariana Grande, and Enrique Iglesias.

Zabdiel de Jesus stands at a height of 5 feet and 11 inches and weighs around 72 kg. His looks are charming and he has dark brown hair and his eyes are dark brown as well.

Zabdiel has not been involved in any controversies. He has been able to keep himself away from any type of controversy and scandal. So far, he has not done anything controversial in his career. He has kept his profile clean and has simply focused on his career and personal life.

You may also like to read the Bio, Career, Relationships, Net Worth,  and more about Ricky Martin, Tiffany Coyne, Calum Best, and more.