Is Zac Brown Single or not?

As per the sources, Zac Brown is currently single and is not dating anyone.

Talking about his past relationships, he ended his marriage with his wife, Shelly after 12 years of togetherness. The couples tied the knot in 2006. 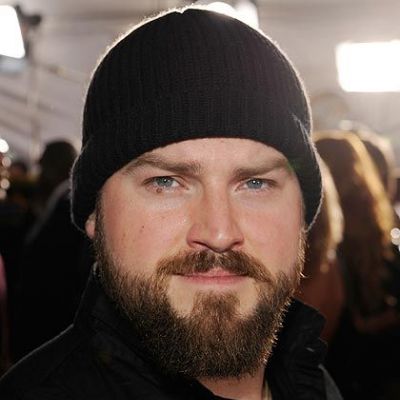 Who is Zac Brown?

He is the lead singer and co-founder of the country-rock Zac Brown Band, as well as an electronic dance music group named Sir Rosevelt. He released a pop album named ‘The Controversy’.

Zac Brown was born in Atlanta, Georgia, the United States on July 31, 1978. Brown is 43 years old as of 2022 and holds an American nationality. His ethnicity is Caucasian and his birth zodiac sign is Leo as per the horoscope.

At the age of 17, he shifted to Dahlonega, Georgia, and graduated from a Lumpkin County High School. Later, he enrolled at the University of West Georgia.

At the age of 8, his mother gifted him a guitar and he learned classical guitar through one of his stepfather’s clients. After, two years he got interested in bluegrass music.

Likewise, he joined the Kappa Alpha Order fraternity and served as a camp counselor at Camp Mikell and Camp Glisson located in Toccoa, Georgia, and Dahlonega respectively. He became the founder of Camp Southern Ground, located in Fayetteville, Georgia.

He invested in the Stillhouse Creek Distillery located in Lumpkin County, Georgia, in 2017. Later, it was renamed the Z.Brown Distillery but, was shut down on November 18, 2018.

In 2016, Brown made an appearance in the Treehouse Masters that aired on Animal Planet. Likewise, he worked on the Lil Dicky charity single titled, “Earth”.

The net worth of Zac Brown is estimated to be around 30 million USD. Though, his salary and income are not disclosed yet.

Zac Brown is a focused and dedicated singer. So, he has not been indulged in any sorts of rumors and controversies up to date.

Zac Brown is 5 feet 9 inches tall weighing around 78 Kg. He has an impressive personality. His complexion is fair with blue eyes and brown hair. He has a beard covered along his chin.

Zac Brown is highly active on social media platforms with a huge fan following. He has an Instagram account with around 93.1K followers while there is a Facebook page under his name with more than 67K followers.

Likewise, there is an official Facebook page with his band name as Zac Brown Band with about 5.9 million followers.

Similarly, there is a youtube channel under his band name too which is enriched with over 877K subscribers. Brown also has a Tiktok account having more than 118K followers with 181.4K likes.

Country singer Zac Brown and his wife of 12 years Shelly are heading for a divorce!