Zac Efron is an actor and singer who was Troy Bolton in High School Musical.

Zac Efron has been in numbers of relationships in his life. He was in a serious relationship with the beautiful American actress Vanessa Hudgens for several years in her past. They began dating in 2005 during the filming of High School Musical. After five years of their relationship, the couple broke up in December 2010.

After two years of his breakup with Vanessa, he began dating the British actress Lily Collins in 2012. They were together for two years and they broke up in 2013. Efron began a romantic relationship with model and entrepreneur Sami Miró in September 2014. They split in April 2016.

After his breakup with Sami, Zac has not been in any relationship till now and he is single at the present time. 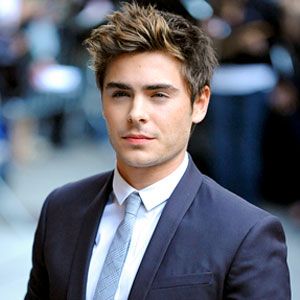 I wish I could say I see my little brother more. We used to fight all the time but now that I don't see him very often I cherish the time I have with him

I've grown up a lot, I'm on my own, and I've learned some valuable life lessons.

Who is Zac Efron?

Zac Efron is a famous American actor and singer who rose to fame for playing the lead role as Troy Bolton in High School Musical. He is also recognized for the movies Hairspray, Me and Orson Welles, Neighbors, Mike and Dave Need Wedding Dates, and The Lucky One. He voiced the lead character, Ted, in the 2012 animated film The Lorax.

Talking about his early life, Zac Efron was born on October 18, 1987. He is of American nationality and mixed ethnicity(Ashkenazi Jewish, English, German, Scottish).

He experienced his childhood in San Luis Obispo, California, USA. He is the son of David Efron and Starla Baskett. His father is an electrical engineer at a power station and his mother is a secretary who worked at the same power plant.

He has a brother named Dylan. He spent his childhood in a middle-class family.

As per his education, he was educated at Arroyo Grande High School. He also attended the Pacific Conservatory of the Performing Arts for two years. He was interested in acting from an early age.

Zac Efron began his acting career in the early 2000s with a guest role on the television series Firefly (2002). In 2004, he began appearing as a recurring character in the first season of the WB series Summerland. Later, he was promoted to the main cast in the series. In 2004, appeared in Miracle Run, for which he earned a Young Artist Award nomination that year.

His career reached a turning point with the teen musical television film High School Musical (2006). He played Troy Bolton in the film. His performance was appreciated by the audience and fans and he won several awards for his performance in the film. He was nominated for Teen Choice Awards in 2008 and he won Nickelodeon Australian Kids’ Choice Awards in 2008. He won Bravo Otto Award for Best TV Star – Male in 2010. He played the lead role as Link Larkin in Hairspray (2007).

Since then, he has appeared in numerous TV films and movies. His adult comedy film Neighbors (2014) became a major commercial success that year. Efron was on the Forbes Celebrity 100 list in 2008 as number 92.

Zac Efron: Salary and Net Worth

In his successful acting career, he has accumulated a net worth of 25 million dollars but his salary is not revealed.

Talking about the rumors and controversy of the popular actor Zac Efron there was news that Zac Efron told that ‘We would have very blue-eyed children.

and Alexandra Daddario made fun of him and later they said they are just good friends.

Moving towards his body measurements, he has a good height of 5 Feet and 8 Inches (1.73m)and he has a weight of 75kg. He has light brown hair and his eyes are blue. His chest size is 44 inches, his arms size is 16 and his waist size is 34.