Zach Clayton is an internet personality and musician who has the channel titled BruhltsZach. 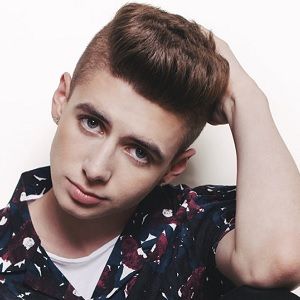 Zach Clayton is currently single. Previously, he was in a relationship with Baby Ariel, a video blogger. They were dating each other in 2016. However, this relationship didn’t last long and eventually, they parted their ways.

In 2017, Zach started dating YouTube personality, Daniella Perkins. After months of a secrete relationship, they made it official on their YouTube channel. But recently, they got separated.

And now, he is not dating anyone. In addition, there are not any rumors or news about his new relationship. But we will surely know if he starts a new one.

Who is Zach Clayton?

Zach Clayton is an American internet personality and musician. He is most famous for his live streams on YouNow under the channel name BruhltsZach.

Furthermore, with more than 1.2M subscribers on his YouTube channel and more than 2.3M followers on Instagram, he has risen to fame. Recently, he also released his debut album Kick It With Me.

Zach Reed Clayton was born on June 22, 2000. His mother Apryll Priest gave birth to Zach in Round Rock, Texas, US. April is professionally a football coach. Furthermore, his sibling’s identities are currently unavailable.

Talking about his childhood, he was raised in his hometown. He was also interested in playing soccer and went on to play on his school’s soccer team as well.

As regards Zach’s academic qualifications, those details are currently missing.

Zach’s initial interest was playing soccer that he even joined Lonestar Soccer Club in Austin. However, later he turned out to be an internet personality and musician.

Furthermore, he started his YouTube channel in September 2014. He regularly posted numerous comedy videos and his music videos. Apart from this, he also is very popular on Facebook and Vine for his videos.

As a singer, he gained fame mostly from his YouTube channel as the result of constantly posting his own videos. In 2017, he released his debut album Kick It With Me. And, he is currently signed to the record label COLLAB.

Recently in 2017, he received Shorty Awards for YouNower of the Year. Zach has still a long career ahead. So if he continues impressing his viewers and followers he might receive numerous awards in the future.

Zach Clayton: Salary and Net Worth

The detail regarding Zach’s salary is currently under shades. But, his net worth is about $80 thousand.

There was a rumor that he was dating Daniella Perkins. Later, it turned out to be true. And as of now, there are not any major controversial topics relating to Zach.

Zach is 5 feet 6 inches tall and weighs about 65 Kg. He is a good looking guy with fair skin. In addition, he has brown hair and gray eyes. However, many other details of his body measurements are currently missing.