US Soccer players Zach Ertz and Julie Ertz are Parents to a Baby Boy! 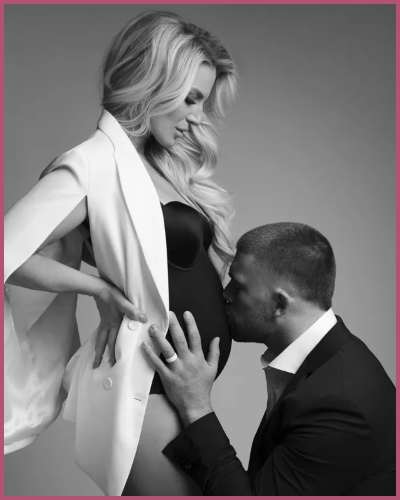 Zach and Julie name their baby boy Madden Matthew Ertz which the daddy Zach pointed out in his baby announcement post. He penned  a sweet tribute to her little one saying,

“One week with our sweet boy! Madden Matthew Ertz you are so loved. Beyond grateful to be your Dad. @julieertz and I can’t even put into words how blessed we are to be your parents. 🥹👶🏼💙 Hallelujah 🙌🏼.”

Zach and Julie grew together as Champion soccer players! A relationship tale to follow

The couple who pursue the same profession talks about their bonding. Meanwhile, wife Julie has stated the perks of marrying an athlete and the role of discipline in a relationship saying,

“Being married to a professional athlete is a huge blessing because he understands the lifestyle completely. We both know what it takes to reach the top of our sports, so we are always on the same page with our daily routines, and we keep each other disciplined.”

Arizona Cardinals tight end Zach Ertz has been supportive of his wife pursuing soccer. They were in a long-term relationship, balancing their long distance from meeting in a Stanford baseball game in 2012.

Zach the high school sweetheart of Julie, a game enthusiast also played in the Olympic Games. He also was there for his wife when he won the Olympics and he then turned into a Superbowl champion. They bonded too strong, like their gameplays.