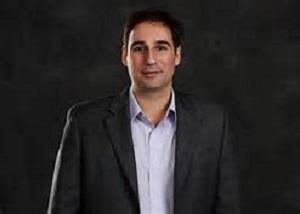 Zach Lowe’s relationship status is missing. He has not shared about his personal life with media.

Who is Zach Lowe?

Zach Lowe is an American Sportswriter and blogger. He is famous as America’s best sportswriter.

Zach Lowe was born in the year 1977. Currently, there are no details regarding his parents and family. Besides these, there is also no information regarding his childhood.

Zach did his early schooling from Greenwich High School and graduated from Dartmouth College. Before obtaining a Masters degree, he worked as a teacher for two years at Cresskill High School. He then pursued MA in US History at William And Mary and also an MS degree in Journalism.

Lowe As per his career, Lowe worked as a crime and government reporter for his home-area Stamford Advocate. On his early career days, he spent his time with other sportswriter and lawyers. In the year 2010, he runs the NBA column-blog “Point Forward” on Sports Illustrated.

Later after about  2 years, he was hired by Bill Simmons to join Grantland as an NBA analyst. He also has a multi-year contract with the ESPN. Along with this he also hosts a podcast called “the Lowe Post” which mainly discusses holiday destinations and personal topics along with sports.

Lowe is famous for his writing, use of video clips and clear writing style. He is praised by Will Leitch in 2013 saying that he is one of the best basketball writers working right now.

Regarding Zach, no any particular rumors have been identified.

Parenthood!! Zach Gilford And His Wife Kiele Sanchez Together Welcomed Their First Child

Zach Woods’ affair with his girlfriend. Also Check out about his career!