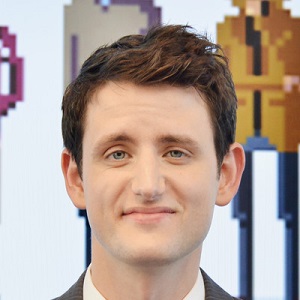 I've played a lot of characters who are creeps or weirdos, with a deep darkness underneath the surface

If I'm doing comedy, I try to improvise a lot. Even if they don't use it, it helps me loosen up and figure out the character

I think that if you're improvising on TV, it's a great way to help the dialogue between actors and writers.

Zach Woods has kept his personal life private and out of the spotlight. He usually doesn’t talk about his private life in media and public.

He prefers people focusing on his work rather than his personal life. He hasn’t mentioned his affairs publically and has managed to keep it low profile. There is no record of his marriage and divorce till now.

He has not clarified about his married life, affair, girlfriend, and spouse till the present time. It seems like he is sharpening his strength and skills to make his all dreams come true rather than being stuck in a relationship.

Who is Zach Woods?

Zach Woods is an American actor and comedian.

He is best known for his portrayal of Gabe Lewis on the NBC sitcom The Office (2010-2013) and Donald “Jared” Dunn on the HBO sitcom Silicon Valley (2014-present).

He is also known for playing Zach in Playing House since 2014.

Zach Woods was born on 25 September 1984, in Trenton, New Jersey, USA. His father is a trained psychiatrist and social worker who specializes in clinical therapy and his mother is a nurse practitioner.

He is the middle of three children and has an older brother and a younger sister. His parents are both Jewish.

Woods grew up in Yardley, Pennsylvania, and graduated from Pennsbury High School in 2003.

He later graduated from New York University. He also attended the Gallatin School of Individualized Study.

His nationality is American and he is of Ashkenazi Jewish, German, and French ethnicity.

Zach started performing improv at the Upright Citizens Brigade Theatre when he was 16 years old.

At that time, he was also a part of the improvisational sketch troupe “The Stepfathers“.

He made his acting debut in 2004, playing Drugstore Cashier in the film Terrorists.

His first TV acting role was as Geets Wilson in an episode of My Wife, the Ghost in 2005.

Woods is also known for starring as Awkward Boy, the protagonist in the YouTube video series The Most Awkward Boy in the World. In 2010, Woods appeared as a zombie in a Starburst candy commercial.

Starting in 2010, he portrayed Gabe Lewis on the NBC sitcom The Office.

He has a net worth of 1.5 million dollars but his annual salary is not known.

He has a height of 6 feet 4 inches with a bodyweight of 76 kg. He has dark brown hair color and his eye color is blue.

What is Zach Woods doing now?

Zach Woods’ affair with his girlfriend. Also Check out about his career!