Known for portraying Doug in the different parts of Descendants. 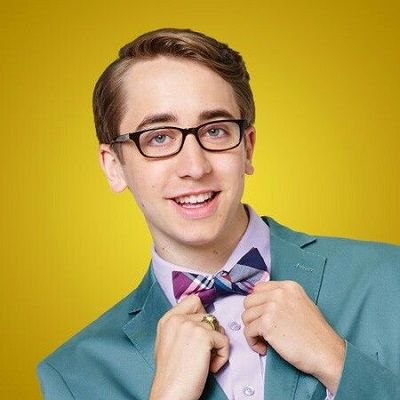 Zachary Gibson is possibly single. There are no past records of his relationship and love life.

Similarly, he is a dog lover and has a dog Victoria. He shares many pictures with his dog.

Who is Zachary Gibson?

Zachary Gibson is a Canadian TV actor who is known for portraying Doug in the different parts of Descendants. His recent work was in Descendants 3 in the year 2019.

Zachary Gibson was born on 9th August 1995 in Vancouver, British Columbia, Canada. He is 24 years old at present. He has not revealed his parents.

In the year 2014, Zachary landed a minor role as a dancer in TV movie Zapped. After that, he landed in the role of Doug. He played the son of Dopey from Snow White and the Seven Dwarfs.

It is a 2015 American musical fantasy adventure-company television film. It is directed and choreographed by Kenny Ortega.  His other co-stars are Dove Cameron, Cameron Boyce, Booboo Stewart, and Sofia Carson.

Zachary is doing well in his career. Gibson has not been part of any big rumors and controversy.

Zachary has brown hair and blue eyes. He has a tall height and a decent weight.