Updated On November 15, 2022 | Published By: prasha singh
Share this
Married 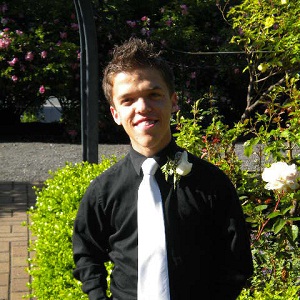 What is the relationship of Zachary Roloff?

Who is Zachary Roloff?

Zachary Roloff is an American TV personality. He was born on May 10, 1990, in Helvetia, Oregon, United States.

He is married and his wife’s name is Tori Patton. Zachary rose to fame playing his everyday life on screen.

Roloff was born on May 10, 1990, in Helvetia, Oregon, the United States. He is 32 years old. His nationality is American and his ethnicity is North American.

He grew up in the 36-acre farm area with a big family that includes his brother Jacob Roloff, Jeremy Roloff, and a sister Molly Roloff.

Zach suffers from dwarfism like his parents. His father Matt Roloff worked as a software salesperson who grew up with a severe disability and multiple surgeries.

His mother too suffers from dwarfism. He has a twin brother and a sister who are of the normal average height.

He was an average student all throughout and helped his father during the gala pumpkin season harvest which is a family business.

After graduating from high school in 2009, Zach took up Associate Studies and continued his education.

Prior to becoming a television star, Zach took immense interest in soccer and served as a coach for many young students.

Later with the offer from TLCs of hosting a reality show titled Little People Big  World on his family’s everyday lives,  Zach was constantly seen on screen with about 188 episodes spanned over nine years from 2006-2015.

In between, he appeared on Oprah Winfrey’s show twice and became a common face amongst the viewers. In 2011, Zack appeared in the show Good Enough where the dwarf people competed with the WWE wrestlers in basketball.

Zachary Roloff: Salary and Net Worth

There are no rumors of Zachary Roloff and he has not been involved in any type of controversy.


Zachary Roloff has a height of 4 feet 2 inches. His body weight is not known.

Furthermore, he has brown hair and blue eyes.

Also get to know more about the birth facts, education, career, net worth, rumors, height, and social media of different personalities like Joe Gorga, Nikki Lilly, and Mike Sorrentino.