Famous star on the platform with the help of his brilliant content.

TikTok star, Zack Lugo is in a love relationship with Emma Brooks McAllister. Emma is also an American TikToker as well as a social media personality who has been Miss Louisiana Teen USA 2019.

The couple regularly shares their photos on their Instagram handles and is open about their relationship. The pairs share the same profession and features on each other’s videos as well.

However, Zack Luga has not revealed his relationship dates and details in the public. 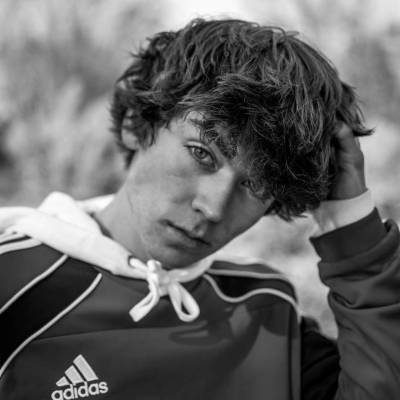 Who is Zack Lugo?

Zack Lugo is a well-recognized American Tik Tok star as well as a social media personality. Lugo came into the limelight for his dance videos, lip-syncs to trending songs and voice-over, short funny videos that he posts on his Tik Tok account @zacklugo.

Moreover, he has been a famous star on the platform with the help of his brilliant content.

Zack Lugo was born on 7 June 2001. At present, his age is 21 years old. Likewise, his birthplace is the United States of America.

Zack is the son of his mother, Lori Sommers Lugo whereas his father’s details are unknown to the public.

Moreover, he has not mentioned his sibling’s details till now. His parents have been featured on his social media accounts as well.

Talking about his nationality, Lugo holds an American identity whereas his ethnicity is mixed.

Regarding education, the TikTok star has not revealed his educational details to the public.

Professionally, Zack Lugo is a social media influencer and TikTok star. He started his career on social media via TikTok. He is active on TikTok with nearly 4.8 million followers at the moment.

Further, he has earned 197.3 million likes from his entire videos. Moreover, Lugo is a member of the TikTok group, The Zoom House.

Lugo’s mother has also featured on his many TikTok videos. Zack is widely known for his point-of-view (POV) videos and lip-syncs on his account.

Once, he made a video set to Trippie Redd’s track 6 Kiss. Additionally, the star participated in the Get Freaky rave held in Salt Lake City.

The popular star is also active on Instagram with the username zacklugo_. There, he has gained 547k followers. Zack has put his status as “Pursuing my Happiness”. His photographer friend is Andrew Pressley, also renowned on Instagram as yoandrewp.

Additionally, Lugo has his website titled zacklugo.com. There, he freshly launched his lip balm, in collaboration with the natural skincare and beauty brand Verefina.

It is reported that Zack Lugo has an estimated net worth of $1 million.

However, the popular personality has not disclosed his exact salary, earnings, and assets details till now.

Famous Zack has never been part of any controversial matter or rumors till now.

It seems that the TikToker prefers enjoying his personal life and does not want to merge it with his professional life.

21 years old star, Zack Lugo is praised for his good-looking and handsome personality.

He stands at a height of 5 feet 8 inches. Also, he has a balanced body weight of 65 kg.

Furthermore, Lugo has brown eyes whereas his hair is blonde. is body measurement is 39-29-42 inches (chest-waist-hip) respectively.

About his social media presence, Zack Lugo is an active personality on social media. Zack has more than 547k followers on his official Instagram account @zacklugo_.

He is also active on Twitter. Being a TikTok star, Lugo has more than 4.8 million followers on his TikTok account.

Lugo is not available on Facebook at the present. Further, he owns a YouTube channel named Zack Lugo and gained 35k subscribers.