Zackery Torres is a dancer plus a TV star who was seen in the TV series, Dance Moms.

Zackery Torres is openly homosexual and non-binary and their relationship status is possibly single. They have not revealed the details of their partner or affair to the public.

They identify themself as Demi girl and likes to use They/Them/Their/She/Her. Torres came out of the closet during their second year at the University. They revealed the truth during an interview with The Daily Trojan.

Due to the appearance in the show Dance Moms, they hesitated and said came out late. 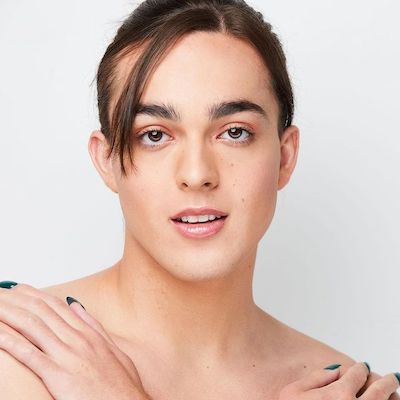 Who is Zackery Torres?

Zackery Torres is an American dancer plus a TV star. They famed for being in the reality TV series, Dance Moms.

They are also popular on social networking sites with thousands of followers.

They were born on 16 March 1999 in Arizona, the United States. The name of their mother is Gina and their father’s identity is not yet revealed. Zackery’s ancestry is Caucasian and has two sisters Mia and Tesa.

Talking about their academics, they have attended the University of Southern California. From there, she graduated in 2021 in Fine Arts.

She is now attending her Masters of Arts program in public relations and advertising. It is scheduled to complete in 2022.

Zackery Torres started to dance from the age of 10. They first appeared as a boy in Abby’s Ultimate Dance Competition (AUDC). In this competition, they were the only boy but they only lasted till episode 4.

More fame was added to them after they joined the reality series Dance Moms. In this, they had a total of four solo performances. In episode Rotten to the Core, they came as first and second in Boys Are Cuties, Girls Have Cooties.

At present, they have an estimated net worth of around $1ook. However, their salary and other earnings are unknown.

This dancer is keeping himself away from rumors and is also not surrounded by any desperate scandals. But recently, she grabbed the news after revealing that she is transforming.

Via a TikTok video, Torres said that they are now a transgender and is fine to use they or her.

Regarding Zackery Torres’s body features, his height is 5 ft 11 inches and their body weight is average.

Also, their TikTok account is followed by over 127k fans with around 4.3m likes.