Zahra Elise is a lingerie model with famous for an hourglass shaped body. She is also a former US Navy officer. Zahra's romantic affair is low-key.

Zahra Elise is single. However, there was a rumor about her being in a relationship with star-athlete Usain Bolt but that wasn’t true. 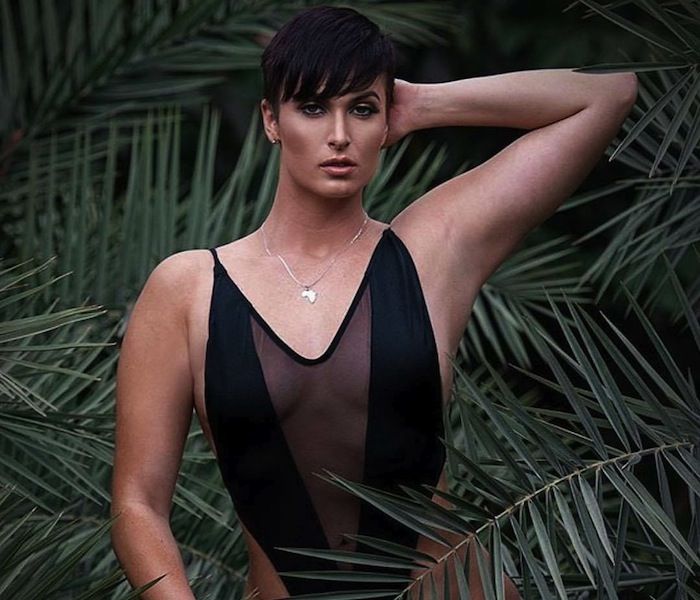 Who is Zahra Elise?

Elise was born in the United States. Currently, there are not many details public about her family.

However, she revealed in a recent interview that she is the eldest of the six siblings. She is of American nationality.

Furthermore, she is of mixed race including the Choctaw Native American tribe, Northern America, North Africa, Japanese, and traits of Middle Eastern.

Talking about her education, there are no details about Elise’s educational background.

Elise only came to the limelight after she took to Instagram and began posting her beautiful pictures. Before she became a model, she worked for nearly 5 years in U.S Navy fixing planes.

However, after serving for half a decade, she decided to change her career path and become a model. She worked for the ad campaign of brands like InkJunkeyz.  Also, she posed for Skyn Magazine,  Scrilla Guerillaz.

Additionally, she is interested in acting too. She scored a part in MTV’s hit show ‘Wild n Out’.  She also featured on the show ‘Party and Bullshit.’

Zahra Elise has not been linked with any award nominations in her career.

Elise has not revealed her current salary. As of 2022, her net worth is estimated to be $250 thousand.

As a US Navy officer, her income was $41,000. She also earns posting on her Instagram handle.

Zahra Elise has kept herself away from the media spotlight. There is rarely any news and information about her personal life. Additionally, she has not been part of any notable controversies in her career.

However, there was a rumor that she was dating legendary Olympian Usain Bolt. Later, she went on social media to clear the rumor and said that she and Bolt were only friends.

Talking about her body measurement, Elise stands at 5 feet 6.5 inches with a voluptuous body measurement of 34-26-43 inches. Furthermore, she weighs 70.3 Kg (155 lbs). She has got short brown hair and brown eyes.

Zahra Elise is big on Instagram. She has got 1.5 million followers. She is not very active on other media platforms.