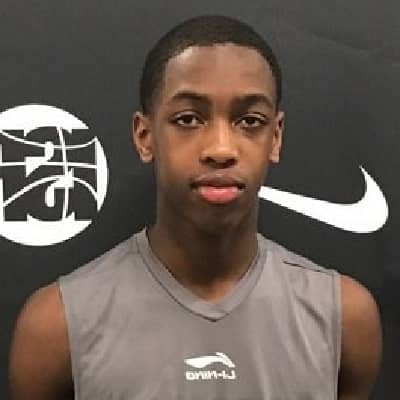 Zaire is in a relationship with a girl named Lola. She is active on Instagram with the username of ‘blasianbabylola’.

She is an actress and musician. Lola has also featured Zaire in her youtube video where he has met her parents.

The duo often posts various photos together on their social media account.

Who is Zaire Blessing Dwyane Wade?

Zaire Blessing Dwyane Wade is a basketball player from the Brewster Academy. He is also more popular for being the son of the former NBA player, Dwayne Wade.

Zaire was born on February 4, 2002, in Miami, Florida, USA. He is of American nationality and  African-American race.

His parents are Dwayne Wade and Siohvaughn Funches. They divorced in 2010. After that Dwayne married the actress Gabrielle Union in 2014.

He has a younger brother Xavier and two sisters Zaya and Kaavia.

Zaire used to go to games and visited the court from his childhood. His dad often takes him to the gamed and during their training. Zaire then develops his interest in basketball.

He has his schooling at Sierra Canyon School. Then he attended American Heritage Schools, Broward Campus

Zaire started his basketball career after he studied at Mount Carmel High School when he was 10.

And from the fifth grade, he became the top youth basketball player in Miami. He played for the John Lucas Enterprises’ Future of the Game Camp in 2012.

Then Zaire spent his two years playing basketball at American Heritage School which is in Miami Florida. Zaire then went to Sierra Canyon School on 29th May 2019.

He completed his senior year playing from 2019 to 2020. After high school, he moved to Brewster Academy Wolfeboro, New Hampshire.

Being there now he is more focused on playing basketball. He also assists Brewster’s nationally important program. Attending it, he grabbed more attention from the basketball coaches of the college too. No sooner he will be playing basketball professionally from respective associations.

Zaire is now pursuing his basketball career and must have some earning from the games too. Yet his net worth is under review as of now.

However, he must have a luxurious life growing up as a celebrity child. Wade’s parents bought a house in Miami, Floris worthing $10.5 million.

And talking about his father, Dwayne he holds a net worth of around $million. He had made an earning of $196,388,473 from his contract with Miami Heat.

The Starkid doesn’t get involved in any other such activities that cause his name to appear as the rumors or controversies in the media.

He is more focused to build his career right now.

Zaire has a mesomorph-built body standing with a height of 6 feet and 2 inches. Likewise, he weighs around 79 kg.

He has colored black hair with dark brown eyes.

You may also read the bio of Joe Smith, Feby Torres, Ashley Underwood, and Mikey Williams.