Zak Resnick is happily married to the actress, Ali Cobrin.

The couple exchanged vows on 7th October 2018. The wedding took place in HOTEL CASA DEL MAR in Santa Monica. California. On the occasion, he sang the song, You are so Beautiful dedicated to his bridge, Ali.

Before that, he proposed Ali on 23rd July 2017, by getting down on one knee. This special moment was captured by the photographer, Johnny Diaz Nicolaidis, and shared on his Instagram account. 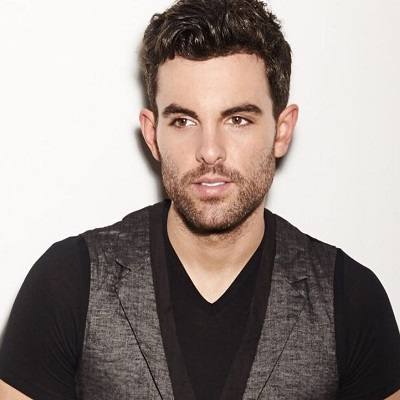 Who is Zak Resnick?

Zak Resnick is an actor, singer, and theater artist. He is renowned for his plays on Broadway and off-Broadway.

Zak Resnick was born in 1988 in New York City, New York to Peg Resnick. However, he spent his major years of his childhood in Richmond, Virginia. He is of Jewish-German ethnicity.

He shares a very strong bond with his family. On Instagram, he shared the picture of his mother, Peg, and father on his mother’s birthdate. Also, he has two sisters.

Talking about academics, he graduated from the Carnegie Mellon University School of Drama with Honors in Arts majored in Drama. Also, he attended the Australian National Theater Institute in Syndey for a semester.

His singing career was first discovered at the age of five by his friends and family when he was singing the song. Discovering his talent, his parents enrolled him at the theater classes. Later, he made stage debut with the play, Oliver.

In 2010, he appeared in the 10th season of American Idol as a contestant. However, in the singing show, he was only able to make in the Hollywood Round. After that, he was eliminated from the show.

Soon after graduation, he joined the Boardway’s play, Mamma Mia! Following that, he also worked in the off-Broadway’s shows including Piece of My Heart and Once Upon a Mattress. Some of his other off-broadway plays include Lovestruck as DJ, Distater as Chad, Irma La Douce directed by Rob Ashford.

In 2013, he made his TV debut with the movie, Lovestruck: The Musical as DJ. Last, in 2017, he featured the short, Graffiti as Neighbor.

Apart from being an artist and actor, he is also a talented singer. As a singer, he released his first song, September of 92 in 2013. The following year, he launched the songs; Vietnam and Time is Standing Still. Last, in 2020, he released the cover version of the song, Can I Be Him.

Apart from that, he also earns through her songs.

Zak Resnick has brown eyes with black hair. Also, he prefers to experiment with his hair color. He has a decent height and an average weight.

Talking about his appearance, he has a charming persona with oval-shaped facial features. Also, he likes to keep slightly grown facial hair.

To the date, he has not been through any sort of controversy and scandals that created headlines in the media. Besides that, he has managed to maintain distance from any type of rumors.

He also has a self-titled YouTube channel with 4.81k subscribers with more than 696.2k views.