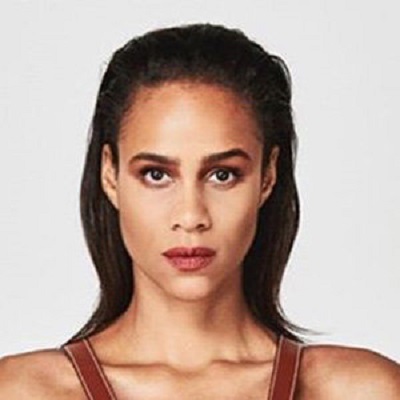 Zawe is rumored to be dating her Betrayal co-star Tom Hiddleston.

Who is Zawe Ashton?

Zawe Ashton is an English actress, writer, and director.

Zawe is best known for her performances in the comedy series, Fresh Meat and Not Safe for Work.

She is also praised for her role in several TV series, including Case Histories, Doctor Who, and Wanderlust.

Zawe Ashton was born Zawedde Ashton on 21st July 1984 in Hackney, London to Paul and Victoria. She is the eldest of the three children.

Her father, Paul, was an English teacher whereas her mother, Victoria, was a design and technology teacher in London. Her father also worked later at Channel 4 commissioning education programs for teachers.

Zawe’s mother, who arrived in England as a teenager, is originally from Uganda, whereas her father is an Englishman.

Her late grandfather Paulo Muwanga, who died at the age of 97, served as both president and prime minister.

She attended Anna Scher School from the age of five. Since she was fascinated by acting, her mother also encouraged and supported her.

At 6, Zawe became a member of drama school and played in The Demon Headmaster, Holby City, and Casualty.

Later, she also studied at Islington College and Manchester University’s School of Theatre and graduated with a degree in Acting.

Zawe began her career in the late 1990s. She appeared on BBC 2 science Science in Action as one of the three curious children.

Her television work includes Holby City, Casualty, The Crust, The Bill, NCS: Manhunt, and Misfits. She starred in the Channel 4 comedy Fresh Meat in 2011, playing the part of God.

In 2009, she appeared in St. Trinian’s II: The Legend of Fritton’s Gold. Moreover, she appeared alongside Jason Statham in the movie “Blitz” and with Jason Isaacs in the television adaptation of Kate Atkinson’s Case Histories in 2011. In the same year, she starred in the BBC Christmas show Lapland.

Ashton narrated 13 episodes of 24 Hours in Police Custody, shown on Channel 4 in 2016 and 2017. She presented the third series of Random Acts in 2017, Channel 4’s short film showcase in association with Arts Council England.

In October 2012, she won the Ultimate Newcomer for the Women of the Year by Cosmopolitan.

She was nominated for the Verity Bargate Award in 2007 for her awesome acting in “Harm’s Way”.

She has been rumored to be dating her co-star, Tom Hiddleston, since February 2019. They were onscreen husband and wife in Harold Pinter’s Betrayal, 2019.

Zawe and Tom are often seen together hanging out in NYC and he even attended Zawe’s program out of his busy schedule in April 2019.  They were seen so comfortable with each other like they have been dating each other for a while.

In addition, they were spotted together in an outdoor auction in NewYork in September 2019.

However, Tom was also in also a relationship with Taylor Swift in 2016.

Zawe is a brown-eyed brunette. Her height is 5 ft. 10 inches and weighs 57 kg. She has the hourglass slim body with the body measurement of 34-25-35 inches.