Previously he was in a relationship with the Instagram star, Ajasia Velaz. She is known as the Fashion Nova model. 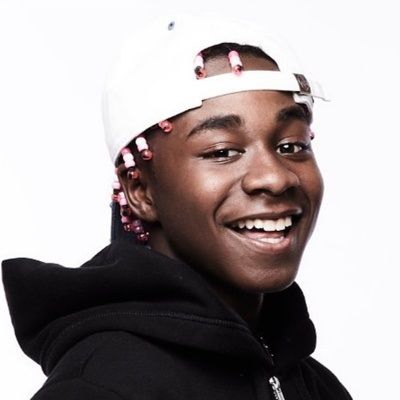 Who is Zay Hilfiger?

Zay Hilfiger is an American dancer. Zay is also a ‘YouTube star and is known for co-creating the song ‘Juju on That Beat’.

He is a YouTuber who uploads music videos and dance moves in his YouTube account, ‘The ZayNetwork’.

Zay Hilfiger was born on November 15, 2000, in Detroit, Michigan, the United States. He is a Scorpio.

At the age of 6, he started dancing much to his parents’ joy. His eclectic moves and freestyle dancing form were very popular.

Hilfiger initiated uploading his dance videos which raised his worth; however, it was his song ‘Juju on That Beat’ that he received heart-warming appreciation.

The song was published under ‘Atlantic Records.’ Undoubtedly, the song made its way to ‘Billboard Hot 100.’

Zayion met Zay in the summer of 2016. Zayion wrote the lyrics of the song, while Zay contributed to the perky music.

The song was a freestyle attempt over the beat of ‘Knuck If You Buck,’ the first single of hip hop/crunk group ‘Crime Mob’s eponymous debut album.

A reissue of the song, released by ‘Atlantic Records,’ was two minutes and twenty-three seconds long. The song reached the third spot on the ‘US Hot R&B/Hip-Hop Songs’ ‘Billboard’ chart.

The music video of the song was posted on the duo’s ‘YouTube’ channel, ‘The ZayNetwork,’ on November 5, 2016.

He has black hair and black eyes, his height is 5 feet 4 inches, and weighs 48Kg.

How are Zayn Malik and Gigi Hadid holding up being parents with their first baby? Are they getting married?