Zayn Malik is a singer-songwriter, who came to the limelight with the band, One Direction. Zayn has a daughter with his ex-girlfriend Gigi.

Zayn Malik is an unmarried man to date. His relationship status is single after breaking up with his supermodel ex-girlfriend Gigi Hadid.

He was in a relationship with the famous American fashion model Gigi Hadid. The couple has been together since July 2016.

They were featured together in a fashion spread for the May 2016 edition of Vogue. This couple got engaged in 2016. Now, she has been in an open relationship.

Gigi and Zayn are blessed with a child. In late Sep 2020, this couple welcomed their daughter, Khai.

The couple’s relationship started getting bitter after a feud with Gigi’s mother Yolanda Hadid according to the sources. Yolanda filed a suit against him for harassment after the argument and had asked Zain to stay away from her daughter Gigi.

After his breakup news became public, he posted a gloomy selfie where he looked like he was crying on Instagram.

Zayn has been in a number of relationships previously. In 2010, he dated the famous English singer Cher Lloyd. From late 2010 to 2011, he was in a relationship with Geneva Lane.

Later in 2011, he was in an affair with Stephanie Davis.

In 2013, he began dating the English singer Perrie Edwards. The couple got engaged while they were in the relationship. 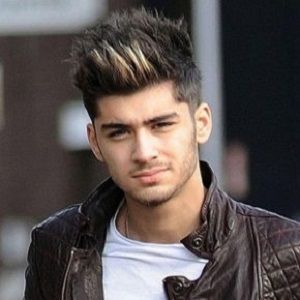 The reason I don't tweet as much as I used to, is because I'm sick of all the useless opinions and hate that I get daily. Goodbye Twitter.

Everything is very black and white for me. I don't really like playing mind games.

It's nice to look out and see your family supporting you.

Who is Zayn Malik?

Zayn Malik is a British singer and songwriter.  He is best known as a former member of the highly successful British boy band, One Direction alongside Niall Horan, Liam Payne, Harry Styles, and Louis Tomlinson. He has received eight Teen Choice Awards with the band.

With his band-mates, he has released five commercially successful albums and has performed on four worldwide tours. He left the band in March 2015 and released his debut solo album Mind of Mine in March 2016.

Zayn Malik is 28 years old. He was born Zain Javadd Malik on 12 January 1993, in Bradford, England, UK. His nationality is British and he is of Pakistani, English, and Irish ethnicity.

He is the son of a Pakistani father, Yaser Malik, and an English mother Trisha Malik. He has one older sister named Doniya and two younger sisters named Waliyha and Safaa. Zayn’s parents divorced when he was six years old.

He started writing raps when he was at school and sang on stage for the first time when singer Jay Sean visited his school. Malik initially wanted to become an English teacher.

Zayn Malik began his professional singing career auditioning as a solo artist for the British television competition The X Factor in 2010. During the show, he was eliminated in the final round of the competition, but he was called back and he was put into a group along with Liam Payne, Harry Styles, and Louis Tomlinson to form the boy band that later became known as One Direction.

Following The X Factor, One Direction was signed to Simon Cowell‘s Syco Entertainment in 2010. The band released their first studio album, Up All Night in 2011, followed by their second album, Take Me Home in 2012. Their third album Midnight Memories was released in 2013, followed by their fourth album Four in 2014, and Made in the A.M. in 2015.

Zayn left the band in March 2015 to pursue his solo career. He released his first solo album Mind of Mine under the Syco label in 2016. Later, he signed a recording deal with RCA Records. His debut album reached number one in several countries including the UK, Australia, Canada, and the US. IN 2016, he made his debut as a model on The Business of Fashion’s annual BoF500 index.

He released a shoe line with Italian footwear designer Giuseppe Zanotti in Jan 2017.

Throughout his successful career as per 2022’s data, he has earned a net worth of $65 million but his salary is yet to be revealed.

He endorses the brands including Giuseppe Zanotti Design, Tom Ford, Versace, and ZAYNmoji.

Zayn has defended their girlfriend Gigi Hadid after she was heavily criticized by fans on social media for allegedly making fun of Asians in an Instagram video which has since been deleted.

He was caught hanging out with another girl when he was dating Perrie Edwards, and he was accused of cheating on her.

Zayn Malik has a height of 5 feet 9 inches. His body weighs 66kg. Besides these, he has black hair and a light blue eye.