Posted by MarriedBiography Last Modified June 6, 2021 | In controversy
Share this 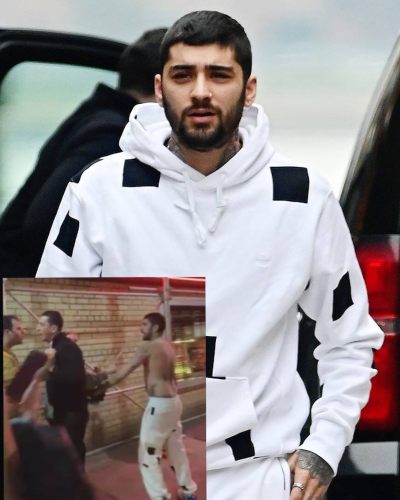 Zayn Malik got into the fight outside NYC bar

The singer was just chilling outside the Amsterdam Billiards club. A group of the unidentified men picked a fight with the singer. The video of him getting heated with those men outside the club was all over the Internet. Meanwhile, there was a split opinion of the arguments on Twitter about the singer.

Malik got into a fight outside NYC bar

The singer reportedly got into a heated argument with a group of men outside a bar in New York City. As per the eyewitnesses, there was no physical fight or the police on the spot. The report says the former One Direction star was outside the Amsterdam Billiards Club in the East Village. The group of men allegedly picked a fight with the singer. Thankfully no one got hurt in the confrontation which came very close to a physical fight.

One of the men from the group allegedly shouted a homophobic slur at the singer. The report says the singer too allegedly spewed some insults back at those men. Though there was no physical fight, Malik ended up shirtless in the argument. The owner of the bar said the scuffle began with one of the guys wanting to take a photo with the singer. He is a frequent visitor of the club and he was there with a bunch of people playing pool and ping-pong. The owner also mentioned there was no problem in the club when Zayn was there.

No doubt, Twitter users shared their opinion about viral videos on the internet. The debate ensued over the video if the singer should be held accountable for using ‘f sl*r’. One of the Twitter users called him out saying:

“this is honestly so disappointing of zayn. on the FOURTH DAY OF PRIDE ALSO. “the white guys called him it.” THE WORD CAME OUT OF ZAYNS MOUTH REGARDLESS. holding him accountable is not hate. for those who can’t hear, he says “oh i’m a f***ot?”

Meanwhile, many of them came forward to defend the singer. One of the users defended him saying he is not insulting but defending himself when those men almost attacked him. One of the other users said it is equivalent when someone calls some slur and they repeat the slur. Some also defended him saying he was on the verge of getting attacked which did not give him time to think about saying something.

Zayn Malik is a British singer and songwriter. He is best known as a former member of the highly successful British boy band, One Direction alongside Niall Horan, Liam Payne, Harry Styles, and Louis Tomlinson. He has received eight Teen Choice Awards with the band. With his band-mates, he has released five commercially successful albums and has performed on four worldwide tours. He left the band in March 2015 and released his debut solo album Mind of Mine in March 2016. See more bio…