Updated On June 16, 2022 | In Interesting Facts , Net Worth , Relationship
Share this 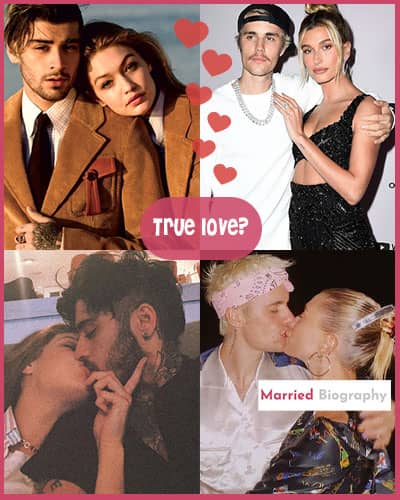 Zayn Malik and Justin Bieber are both singer and songwriter who has won the hearts of millions. Both are R&B singers. Their model partner Gigi Hadid and Hailey Baldwin have shared the runway in many fashion shows. Both models are close friends of each other and have been spotted together multiple times.

Are you a Zquad or Believer!!!

Zayn Malik is an English singer who has been winning female hearts since 2010 after he joined the English-Irish pop boy band One Direction. Many had a crush on him and were heartbroken when he left the One Direction in March 2015.

Zayn Malik and Gigi Hadid have been in an on-and-off relationship since 2015. The couple first made their Instagram debut in December 2015. As a couple, they made their red carpet debut at the Met Gala 2016. Zayn wore Versace while Gigi wore Tommy Hilfiger. Two months after the red carpet appearance they broke up for a short time in June 2016. Zayn revealed how he asked her out saying,

Recently in September 2020, the two welcomed a baby daughter named Khai Malik. The couple has not revealed the face of the baby while sharing a glimpse of her in photos.

Justin Bieber is a teen heartthrob who gained fame from his song Baby. Bieber is the first artist to have seven songs from a debut record chart on the Billboard Hot 100. Similarly, he is one of the World’s best-selling music artists with a Grammy Award, 18 American Music Awards, 20 Billboard Music Awards, and many more.

In the year 2011, he became one of the 100 most influential people in the world. Likewise, in the year 2016, he became the first artist from Vevo to surpass 10 billion total video views.

Justin Bieber and Hailey Baldwin married each other in the year 2018. They walked down the aisle in a civil ceremony in New York City. They dated from December 2015 to January 2016. But reconciled in May 2018 and obtained a marriage license in September 2018. They had an official ceremony on 30th September 2019 in Bluffton, South Carolina.

Songs that have hit billions of views

Justin Bieber has four songs that have gained billions of views. His most viewed song is Sorry which has 3.3 billion views. His iconic song Baby has 2.4 billion views. The next song which has more views is What Do You Mean which has 2.1 billion and the last one is Love Yourself with 1.5 billion.

Who has more social media following?

Justin Bieber has 159 million followers on his Instagram account. He has a huge fan following on social media. He has made 6k posts on his account. Unlike Zayn, Justin makes posts of his wife Hailey Baldwin. Justin has a TikTok account with 19.5 million followers. He has gained 62.6 million views on his TikTok.