Posted by MarriedBiography Posted on December 16, 2020 | In Married , Wedding
Share this 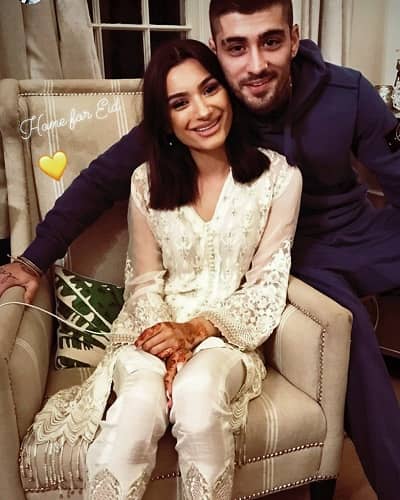 Zayn Malik‘s sister Waliyha Malik had quite an interesting wedding ceremony. On 12th December 2020, Waliyah walked down the aisle with Junaid Khan in a traditional Islamic ceremony.

Their wedding was attended by around 40 guests excluding Zayn and Waliyha’s father Yaser Malik and Zayn’s girlfriend Gigi Hadid. He chose not to attend the ceremony as he was not happy with Waliyah marrying Junaid. Junaid has quite a criminal history. Yaser fears that Junaid is not financially stable.

Their mother Tricia Malik took care of everything at the wedding. Waliyha’s wedding ceremony held at the younger Malik’s daughter Saffa’s house. Their reception also held in the same location. The Police officers fined the wedding guests. Only 15 members are allowed to attend a wedding and reception cannot be held due to the Covid-19 pandemic.

Also read Pretty Mike, Nigerian playboy arrives at a wedding with his six baby mamas; all pregnant at the same time!

The 22 years old bride Waliyha Malik walked the short distance to her nuptials accompanied by her mother Tricia. Likewise, Police arrived at their wedding after a neighbor called police for breaching the COVID regulations.

“Police attended an address just after 6pm on Saturday evening following a report of a large party. ‘A group of people were fined inside the address and fixed penalty notices were issued as a breach of coronavirus restrictions had been committed.”

Latif Yasin gave the marquee and the ceremony started at 10 am. Latif said,

“I don’t know the exact details, but I was told that Tricia and some other relatives who organised the wedding were fined. The police warned everybody that if they had to return, they would issue even bigger fines and they could also be arrested.”

Junaid Khan is a salesman who became suspended for 15 months in a young offender’s institution in the year 2014. He was suspended for two years due to his involvement along with his uncle Mohammed Rizwan in a family dispute and it led to a relative Mohammed Quadir Ahmed being stabbed. Similarly, the victim of Junaid was driving her son’s sporty-looking car at the time of the attack.

Khan wore balaclavas at the time and threatened her with a weapon before driving off with the car. He held the weapon which looked like a screwdriver across her chest. Likewise, Junaid was 17 years old at the time of the attack and 18 at the time of conviction. He pleaded guilty to a lesser offense of wounding Ahmed during the same incident while Rizwan convicted of four-and-a-half years imprisonment.

Also read Stas Reeflay, Russian YouTuber arrested after he broadcast the abuse and death of his pregnant girlfriend!

Zayn Malik is a British singer and songwriter.  He is best known as a former member of the highly successful British boy band, One Direction alongside Niall Horan, Liam Payne, Harry Styles, and Louis Tomlinson. He has received eight Teen Choice Awards with the band.

With his band-mates, he has released five commercially successful albums and has performed on four worldwide tours. He left the band in March 2015 and released his debut solo album Mind of Mine in March 2016. Read more bio… 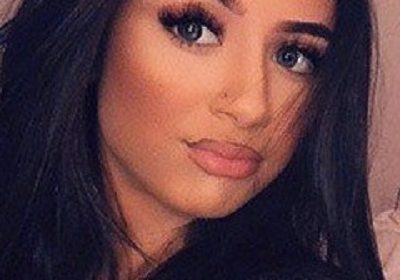 Singer Zayn Malik’s sister Safaa Malik married off as a minor at age 17! Zayn missing from the function?