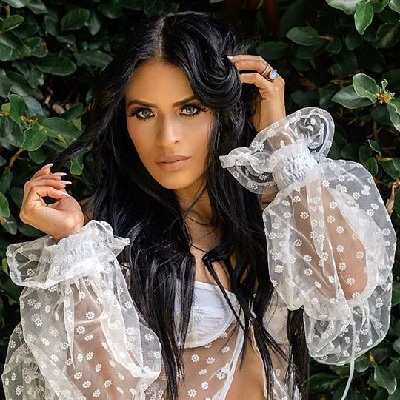 What is the relationship of Zelina Vega?

Zelina Vega is married to the fellow wrestler, Tom Budgen, Tom is renowned with his stage name, Aleister Black.

The wedding took place back in November 2018 at very private events accompanied by their friends and families.

As of now, the couple is living a happy married life.

Who is Zelina Vega?

American Zelina Vega is a Professional Wrestler and manager. She is renowned for her professional wrestling in RAW.

When did Zelina Vega born?

Zelina Vega was born on the 27th of December 1990 in New York City, United States. Her birth name is Thea Megan Trinidad. She is of Puerto Rican ethnicity.

Her father, Michael Trinidad, and mother, Monique Ferrer were separated by divorce when she was young. Despite that, they remained friends with each other. Michael was a telecom analyst of Cantor Fitzgerald. He was killed in September 11 attacks by Islamic terrorist groups. During the World Trade Center collapse, he was in the North Tower on the 103 floors.

She also has a younger brother, Timothy with whom she grew watching the professional wrestling. Details about her academics are not disclosed.

– Zelina Vega started her training as a wrestler when she was 17 under the wrestlers, Javi-Air, Azrieal, and T.J. Perkins. Later, on the 20th of February 2010, she debuted in professional wrestling with the ring name, Divina Fly.

– The same year, she competed for the WSU Tag Team Championships along with Niya as The Fly Girls. However, the tag team lost against Cindy Rogers and Jana.

– In 2011, she joined TNA under the ring name Rosita along with Sarita for the Knockout tag team. As a tag team, they fought with wrestlers including Angelina Love, Mickie James, Velvet Sky, and Winter. However, after some time interval, she went inactive. Later, her contract was expired in 2013. Moving forwards, she started as an independent circuit.

– Later, in 2013, she started making her appearance in the promotion including Adam Rose’s rosebuds. On the 17th of July 2015, she debuted in Ring of Honor managing Austin Aries.

– On the 2nd of September 2016, she joined Shine Wrestling. Later, in June 2017, she signed with WWE and started training under WWE Performance Center.

– On the 18th of April 2018, she first appeared in NXT along with Almas. Also, the appearance became last.

– After that, she was drafted in the 2019 WWE Superstar Shake-up along with Andrade. Later, on the 22nd of April, she moved to Smackdown.

– She also participated in the women’s Royal Rumble match. In the match, she entered the ring in the 25th position. However, she was eliminated by Shayna Baszler.

Through her career as a wrestler, she has made a net worth of $2 million. As of 2022, her basic salary as a professional wrestler is behind the curtain.

However, the salary of the professional RAW wrestler is in the range of $500k to $1 million. Besides that, she also makes through brand endorsements too.

Is Zelina Vega involved in any rumors and controversies?

As of now, she has not been any part of any kind of controversy that created a buzz in the media.

However, back in 2018, there were rumors that she is in a relationship with the wrestler, Andrade who is currently engaged to Charlotte Flair.

Putting rumors to end, she responded that they share a very strong bond with each other like sister and brother. Also, they disclosed that she fights with him as a sister.

Zelina Vega has brown eyes with black hair. Her height is 4 feet 11 inches and weighs around 48 kg.

She is also has a YouTube channel with the title, A to Z with over 56.2k subscribers.

You may also read the bio, age, education, career, net worth, salary, height, weight, controversy, and rumors of Paige, Eugene, and Enzo Amore.