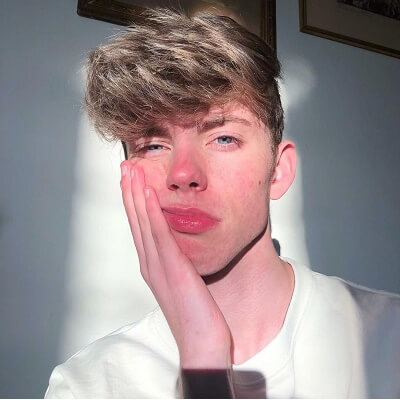 Zephan Clark is currently single. He has previously been in two open relationships.

In July 2018, he officially announced his relationship with YouTuber and fellow social media personality, ‘Mars’. He announced the news through a picture on Instagram in which he was kissing Mars. The picture was posted with a caption that said: “It’s official.”

The couple had started dating after Mars started sending gifts to him over live streams. On Oct 21, 2019, Zephan announced that they have broken up with a video on Youtube. However, the couple is still very close to each other and remain close friends.

Who is Zephan Clark?

Zephan Clark is a British social media influencer. He is active on Youtube and has around 353k subscribers on his channel and on Tiktok, he has more than 3 million followers. Moreover, he has over 781k followers on Instagram.

Zephan Clark was born on October 15, 2001, in Lancaster, England, UK. As of 2020, his age is 18. There is no information about the identities of his parents. He has one sibling, a sister named Asha Clark. The two siblings are very close to each other.

Talking about his educational background, he went to ‘Bolton School.’ While in school, he got an invaluable opportunity to interact with the Brit Writers’ Award’-winning author, Sufiya Ahmed, who had visited his school for an event.

Zephan Clark started his social media career in 2015. He first entered the social media world to raise his voice against bullying. After moving to New Zealand as an English boy, he was bullied for being different from others. Since then, he has supported anti-bullying campaigns. Moreover, he also influences teenagers suffering from mental health issues.

He first started out as a Youtuber. He joined Youtube on Sep 28, 2014. However, he initially struggled to find fame on the platform so he joined the app ‘musical.ly’ (now ‘TikTok’).

He slowly started gaining fame on the platform and by the beginning of 2017, he had more than a million fans on TikTok. As of May 2020, he already has more than 3 million followers on TikTok. In total, his videos on TikTok have over 175.1 million likes so far.

Clark has also gained popularity on his YouTube channel now with over 353k subscribers. His videos have gained more than 15 million views. He makes short videos and films about interesting topics. He features his girlfriend regularly on his videos and also includes pranks in his videos.

How much is Zephan Clark worth?

According to some notable online sources, as of 2020, Zephan Clark has an estimated net worth of around $100k. He earns money from Youtube and his other social media accounts. He also sells merchandise.

Clark stands at a height of around 5 feet 8 inches. He weighs around 61 kg. His hair color is brown and his eyes are blue in color.

The social media personality has not been involved in any controversies. He has been able to keep himself away from any type of controversy and scandal. So far, he has not done anything controversial in his acting career. Similarly, there are no rumors about him of any kind.