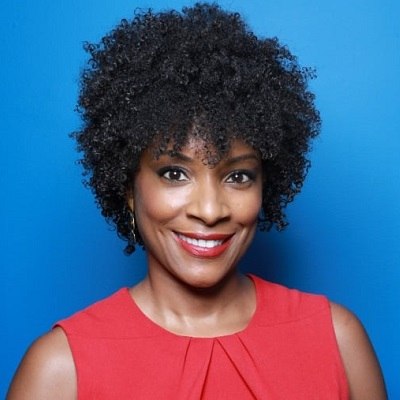 Zerlina Maxwell’s current relationship status is possibly single. Till the date, she has not shared any details about her previous dating history.

However, back on the 23rd of October 2014, she wished birthday to a man mentioning him as the best friend and life partner.

Who is Zerlina Maxwell?

Zerlina Maxwell is an author, speaker, and political analyst. She is renowned as the Director of Progressive Media for Hillary Clinton’s 2016 presidential campaign.

Also, she is the co-host of the morning show, Signal Boost Show at the channel, SiriusXM.

She shares a strong bond with her mother and father. Her mother, Dr. Yvette earned a Ph.D. degree at the age of 60.

Also, she has a sister.

In 1999, she joined Tufts University. From the university, she earned a bachelor’s degree with Honors in Arts majors in international relations and affairs in 2003.

Later, in 2009, she joined the Rutgers University School of Law. After that, in 2013, she earned a Doctor of Law (J.D) from the University.

After graduating from the University, Zerlina Maxwell started her career as a paralegal for the New York-based law firm, White & Case LLP. She worked for the firm for around two years.

After that, in July 2006, she joined the Kasowit Benson as Paralegal. She worked in the post for 3 years and 11 months till December 2011.

Moving forward, in January 2015, she became a contributing writer of Essence Magazine. Later, in February 2016, he joined the presidential campaign, Hillary for America as the director of the progressive media.

As of now, she is continuing her career as a political analyst. Also, she appeared in the political TV series including Politics Nation with Al Sharpton as correspondent, Deadline: White House as a panelist, and Fox and Friends as a Democratic strategist.

Besides that, she is also a speaker and co-host of the Signal Boost Show. As a speaker, she always spoke in favor of feminism and against domestic violence, sexual assault, and gender inequality.

Last, on the 7th of July 2020, she published the book, The End of White Politics: How to Heal Our Liberal Divide under the publication house, Hachette Books.

To date, she has managed to be far from any type of controversy that created a buzz in the media. Also, there are no rumors related to her.

However, there are some accusations that a former Hillary Clinton supporter and adviser, makes a constant and baseless attack on the democratic candidate, Senator Bernie Sanders.

Zerlina Maxwell is a brown-eyed brunette. Her height is 5 feet 5 inches and weighs around 64 kg. Also, her body measurements are 35-25-37 inches.