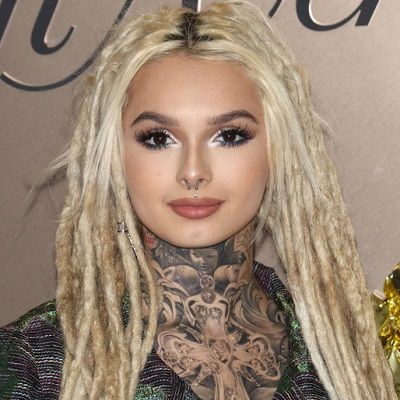 Zhavia Ward is in a relationship with Emmanuel Lateju.

She is not married yet as she is just 18 years old and not in a hurry to get hitched. She usually shares pictures with her boyfriend on her Instagram account.

Likewise, on 29th April 2019, she was spotted with her beau spending time in Egypt, Giza.

Who is Zhavia Ward?

Carisa Zhavia Ward known as Zhavia Ward is an American singer and songwriter. She became famous after competing in the singing reality show “The Four: Battle for Stardom“.

Similarly, she sang a duet, A whole new world with the former 1D member Zayn Malik.

Zhavia was born on 7th March 2001 in Los Angeles, California, United States. As of 2021, she is 20 years old. She is the daughter of Bobbi Jo Black (mother). Her mother was also a part of a band called Metal.

Similarly, she has a sister named Poiema Victoria and she has other two older sisters as well.

Her parents are divorced and she never mentions her father. However, it is known that he was an R&B singer.

Details about her academics and ethnicity are not disclosed.

Zhavia Ward first became popular after competing in the singing reality tv show “The Four: Battle for Stardom”. It premiered on Fox on 4th January 2018. She was placed as one of the four finalists.

Similarly, in May 2018, she signed a deal with Columbia Records. After that, she featured on Diplo and Lil Pump’s single “Welcome to the Party“.

Some of her singles include “Unforgettable”, “Killing Me Softly with His Song”, “Say Something” and “Man Down” and others. On 6th March 2019, she started her first tour.

Former 1D members Zayn Malik and Zhavia teamed up to bring an updated version of “A Whole New World” for the Aladdin soundtrack.

The digital album released on 21st May and the physical album will drop on 24th May.

In the year 2018, Zhavia was nominated for Talent Recap Fan Choice Awards in the category Breakout Talent Show for her work in “The Four: Battle For Stardom”.

The estimated net worth of Zhavia is around $4 million.

She signed a record contract with Sony’s Columbia Records. She received $700 thousand in advance for her first album which included 18% royalty.

She has brown color eyes and dyed blonde dreadlock hair.

Similarly, she has 1.86 million followers on her YouTube channel. She is also on TikTok with over 2.6 million fans.