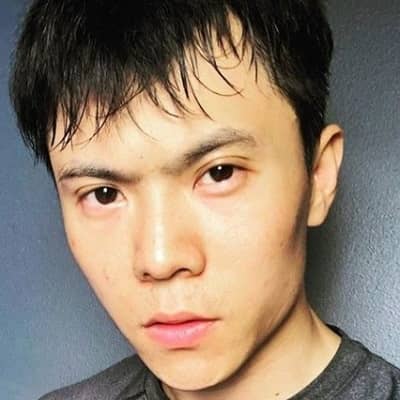 What is the relationship of Zhenwei Wang?

Zhenwei Wang is 26 year old and many of his fans and followers want to know about his relationship, linkup, and girlfriend. Taking no time we will reveal that he is quite secretive when it comes to his personal life.

He hardly shares information about his private life with the public. He hasn’t talked about his love life and relationship status. Furthermore, there is no news of his past relationship.

In the future, hope he will open up and we have something to buzz about. Currently, he is single and focused on his career.

Who is Zhenwei Wang?

Zhenwei Wang is an American actor and martial artist known for his kid role as Cheng in the 2010 movie The Karate Kid remake. Furthermore, he has appeared in films like ‘Song of the Assassins’, ‘Vanguard’, and ‘Project X-Traction’.

He hasn’t spoken anything regarding his mother and siblings. He intends to keep his family far from the public domain. However, he loves his parents, and his father, Wang Chaoguo is very supportive of him. Likewise, he seems to be the only child of his parents.

He holds Chinese Nationality. He is of Asian descent and his birth sign is Libra.

At the age of four, he was admitted to Beijing Shichahai Amateur Sports Academy where he began his Wushu practice. There, he learned martial arts.

After that, his father sent him to Haidian High School at the age of 8. Again, he went to live and study in Beijing, China along with his father in order to get a quality education.

At the age of 12, he joined the national wushu B-Team in the first of 57 excellent competitions. Zhenwei won several prizes at national tournaments in the Beijing Youth Wushu Competition where he earned two gold medals.

In 2010, Wang started his career with the role of a child actor as Cheng in the 2010 movie The Karate Kid remake. In 2012, Zhenwei had a great role on big-screen as a “Boss” in the comedic Tv series ‘Martial Arts vs. Reality’.

Furthermore, He has appeared in numerous films, most notably in ‘Song of the Assassins (2018)’, ‘Vanguard (2020)’, and ‘Project X-Traction’ (2020). Besides acting in films, he is also a stunt performer and martial artist wh0 has won several national level competitions.

Speaking on his income, the talented actor and master artist makes a decent sum of money through his successful movie career.

Zhenwei Wang has a net worth that ranges from $1 million- $5 million as of 2022. However, he has not revealed his salary and there is not much information about his asset value too.

Talking about his awards and accolades, Zhenwei has won several prizes at national tournaments in the Beijing Youth Wushu Competition where he earned two gold medals.

Zhenwei Wang stands 5 feet 5 inches tall and weighs average. Furthermore, he is a fitness freak and has a fit body which he maintains with a strict diet and workout routines. He has black color eyes and dark color hair.