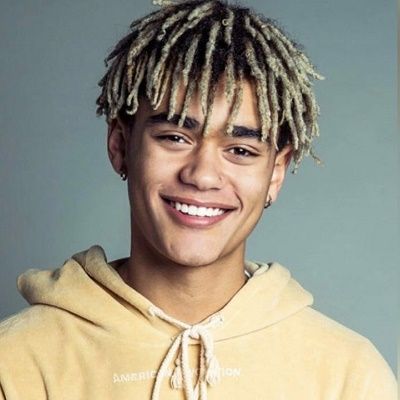 Previously, he was in a relationship with Jazmine Nunez in 2017. But they broke up shortly.

Zion Kuwonu is a Canadian singer and dancer. He is best known for being a member of the pop singing male band ‘PRETTYMUCH‘.

This singer was born June 29, 1999, in Manitoba, Canada with the birth name Caleb Zion Kuwonu. He belongs to West African descent.

His father’s name is Prosper, and his mother’s name is Mandy Kuwonu. He has two siblings, a younger brother Elom and an elder sister Kekeli.

Earlier, Zion Kuwonu gained huge popularity as an Instagram personality, with more than 65 k followers to himself titled account. Zion has showcased his singing and dancing talents on Instagram since 2014.

Justin Bieber, Party Next Door, One Direction, and Micheal Jackson are his musical inspirations. ‘Sony Music‘ noticed him after he began posting song covers on ‘Nine’ in order to gain popularity.

His life changed when he met legendary Simon Cowell, who has already proved his skills as a star-maker. Zion joined the other four artists, Nick Mara, Edwin Honoret, Brandon Arreaga, and Austin Porter on the boy band ‘PRETTYMUCH‘ in 2016, formed by Cowell. The boys started to work hard and soon attracted public attention.

Afterward, Kuwonu moved to Los Angeles from Canada to find more career opportunities. He is making his fans happy with energetic songs and dances.

The popular songs performed by ‘Prettymuch‘ are ‘Would You Mind‘, ‘No More‘, ‘Summer On You‘, and many more. This band has already released two successful Ep.

The estimated salary of Zion is $67 k. Meanwhile, according to some sources, he has an estimated net worth of $1 million.

There is no rumor and scandal about this singer. Meanwhile, he has managed to keep himself out of any rumor and controversy. Zion is doing well in his career.