Zlatan Ibrahimović is a Swedish professional footballer. He plays as a striker for Serie A club A.C. Milan.

Zlatan Ibrahimović is in a long-term relationship with Helena Seger. They are together for 16 years after they started dating in 2002.

He and his girlfriend have two children namely, Vincent Ibrahimović and Maximilian Ibrahimović. 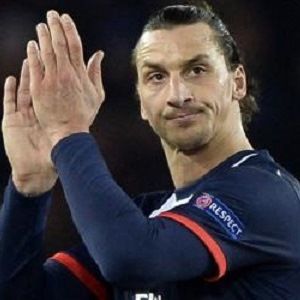 Agents are just for selling bad players. The big clubs come straight to me

I'm not into gambling, I don't know the difference between Roulette and Black Jack

At Barca, players were banned from driving their sports cars to training

Arsene Wenger asked me to have a trial with Arsenal when I was 17. I turned it down. Zlatan doesn't do auditions.

Who is Zlatan Ibrahimović?

Zlatan Ibrahimović is a Swedish professional footballer. Zlatan Ibrahimović plays as a striker for Serie A club A.C. Milan. Similarly, he is well known for his technique, creativity, strength, ability in the air, and powerful and accurate striking ability.

Zlatan was born in Malmö, Sweden on October 3, 1981, to parents Šefik Ibrahimović and  Jurka Gravić. Details about his father and mother are unknown.

He belongs to Croatian- Swedish- Bosnian nationality and English ethnicity. Talking about his education, he attended Malmö Borgarskola.

Talking about his profession, his skills soon made him a rising domestic level player and earned him the chance to represent Sweden, Bosnia, Croatia, or Herzegovina internationally, but he decided to go with Sweden. During 2001, he also made his debut as an international player in a friendly match against the Faroe Islands, which ended in a draw.

Whereas, he was also a part of the national Swedish team in the 2002 world cup, where the team was eliminated in the early stages. He also became a national football hero when he scored three goals for Sweden in UEFA European League 2004 Qualifier. However, the world cup wasn’t a memorable experience for the national team as Germany thrashed Sweden out of the tournament in the round of 16.

During the 2010 World cup qualifier, he played a major role in Sweden winning a crucial match against Malta and scored one goal. Whereas in the Euro 2012 Qualifier, he was named the captain of his national team and despite a fabulous performance, his team was knocked out in the group stage itself.

During the 2014 world cup qualifier tournament, he also led his team and ended the tournament with eight goals. His team didn’t make it to the World Cup. In a friendly match against Estonia in 2014, he scored his 50th international goal.

On talking about his lifetime achievements and awards, he won the FIFA Puskás Award, UEFA Team of the Year, MLS Best XI, Golden Foot.

Zlatan Ibrahimović is playing for his country as a forward. The Euro cup matches will take place in different countries which are listed below:

On talking about his salary and net worth, this player’s salary is $35 million and his net worth is around $190 million.

In 2019, he made a remark saying he was the best player. He has referred to himself as a Ferrari. He also slapped in the head of another player Michael Petrasso in May 2018.

Then in May 2019, he became violent to the goalkeeper Sean Johnson. He choked the keeper and for this Zlatan was banned for two matches.

On talking about his body measurements, Zlatan Ibrahimović has a height of 6 feet 5 inches. Additionally, he weighs is 91Kg.