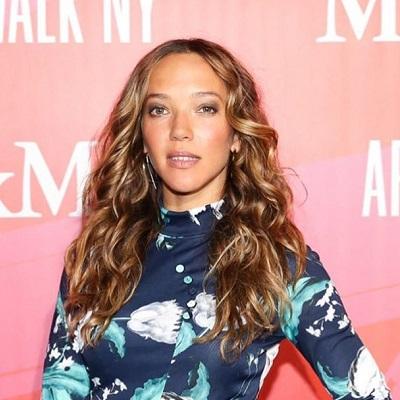 What is the relationship of Zoe Buckman?

Previously, she was married to the Friends actor, David Schwimmer (a.k.a. Ross Geller). The former couple first met in 2007 at the Cuckoo Club where Zoe was a waitress. At the time, David was directing the movie, Run Fatboy Run.

After that, they started dating each other. On the 3rd of June 2010, they tied the wedding knot with each other in a very intimate event after three months of the engagement. Together, they have a daughter, Cleo (born 2011).

However, they announced that they are taking a break from each other in April 2017. A year later, they finalized their divorce.

Still, they remain very close to each other and often spotted together time and while. Last, on the 29th of April 2020, she shared their picture on Instagram.

Who is Zoe Buckman?

British Zoe Buckman is a photographer, actress, and producer. She is renowned as the ex-wife of the actor, director, and producer, David Schwimmer.

Also, she is famous for her photography exhibitions. Last, in 2015, she presented her piece of work in the Group Exhibition, In Your Dreams in New York.

Who are the parents of Zoe Buckman?

Zoe Buckman was born on the 13th of September 1985 in the London Borough of Hackney, London. She is of British ethnicity.

Her father, Nick Blatchley is a government health official whereas her mother, Jennie Buckman is an acting teacher by profession. Jennie is also a playwright too.

Concerning her education, she attended the International Center of Photography to study photography.

Talking about their career, Zoe Buckman is a well-established photographer. As a photographer, she has presented her work of art in various solo and group Exhibitions.

Some of her group exhibitions include 2012- Hidden Gems at Getty Images Gallery, 2014- What is, Isn’t at Alan Koppel Gallery, and 2015- Africa’s Out at Gladstone Gallery.

Besides that, some of her solo exhibitions include 2010- Loos at Milk Gallery and 2015- Present Life at Garis & Hahn Gallery. In 2017, she was awarded an Art Matters Grant.

Apart from that, as an actress, she also made her appearance in the movie, Simon Magus as Beyle. In 2013, she produced the short movie, David Gandy’s Goodnight too.

Throughout her career, she has managed to make a net worth of $1 million. As a photographer, her earnings are in the range of $23k to $100k. Besides that, her income is also based on the sales of her picture in the exhibitions too.

To date, she has managed to remain far from any kind of controversy that created a buzz in the media. Similarly, there are no rumors linked with her.

However, her divorce from her then-husband, David has created headlines but the former couple parted their way without any controversy.

How tall is Zoe Buckman?

Zoe Buckman is a brown-eyed brunette. Her height is 5 feet 6 inches and has a decent weight. Her body measurements are 33-27-33 inches.

Zoe is active on Instagram with the handle, Zoe Buckman with over 42.5k followers.