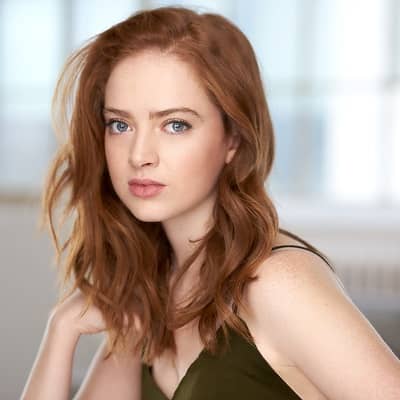 Zoé De Grand Maison is in a relationship with her schoolmate Alex Nunes. This couple is dating since 2015.

Who is Zoé De Grand Maison?

Zoé De Grand Maison is a Canadian film and television actress. She is best known for her acting in the movie Bad Hair Day and a television series Orphan Black.

This actress was born on 3 May 1995, in Montreal, Canada. She hasn’t shared much information about her father, mother, education, and siblings as she likes to keep her personal life far from the media.

She belongs to French descent.

Zoé De Grand Maison made her television debut in 2012 with a Canadian TV series Saving Hope. The same year, she starred as Beth Pelway in a television film ‘An Officer and a Murderer’.

She made her appearance in 4 episodes of series Played in 2013. The next year, Zoe appeared in the series Motive as Sasha King.

Afterward, she made a recurring appearance in a TV series Orphan Black as Gracie Johanssen in 2014 from which she gained huge popularity.

In 2015, this actress made her film debut in A Christmas Horror Story in a leading role as Molly Simon. She joined the cast of the movie Adam’s Testament in the main role.

Afterward, she appeared in a short role as Teegan in a movie Morning After. In 2016, Maison portrayed the leading role as Chelsea in the telemovie Pregnant at 17.

She starred in several television movies and series including Sea Change, Stickman, Wayne, and Riverdale.

Later, in 2019, Zoe appeared in a short role in a film Cleverly Disguised as Jennifer. She made her appearance in CBC’s TV drama series Fortunate Son in 2020.

In 2015, Maison received Young Artist Award in Best Performance in a TV Series for Motive. Later in 2017, she won International Christian Film Festival Award in Best Supporting Actress for the movie Adam’s Testament.

The average salary of an actor in Canada is $42,000. Meanwhile, according to some sources, Zoe has an estimated net worth of $2 million.

There is no rumor and scandal of this actress. Meanwhile, Grand Maison has managed to keep herself out of any rumor and controversy. She is doing great in her career.