Model Zola Ivy Murphy is low-key about her love affair. 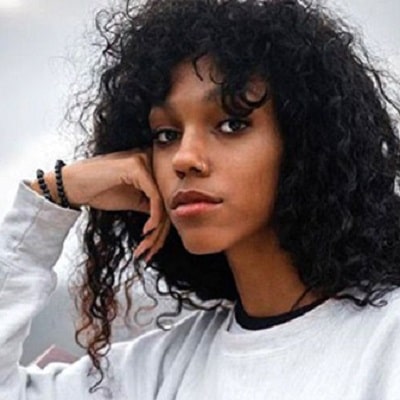 What is the relationship of Zola Ivy Murphy?

Zola Ivy Murphy is currently living her single life. However, she often uploads pictures with several other men, she is not dating anyone. She is currently busy on her career rather than being in a relationship.

Who is Zola Ivy Murphy?

Zola Ivy Murphy is an American model came into recognition because of her father, Eddie Murphy who is one of the richest comedians of all time.

She was born on 24th December 1999, in Los Angeles, California, the United States of America. She was born to father Eddie Murphy and mother Nicole Mitchell Murphy. Her mother, Nicole is a former fashion model, designer, TV personality, entrepreneur, and an actress whereas her father, Eddie is a veteran actor, comedian, singer, producer, as well as a screenplay writer.

Zola holds American citizenship but her ethnicity is unknown.

She attended Beverly Hills Private School, in the United States and graduated from there.

She started her career as a model. She is currently signed with IMG Models and is on her way to carving a successful career in modeling. However, there is not much information regarding her career. She came into limelight only because of her father, Eddie Murphy.

Her father, Eddie is an American actor, comedian, singer, screenplay writer, as well as a producer who is famous for his performance on Saturday Night Live. Moreover, Eddie has worked as a stand-up comedian and was listed on Comedy Central’s list of the 100 Greatest Stand-ups of All Time.

It seems Zola has not been awarded and nominated for her work till date.

Murphy has been successful in keeping herself far from rumors and controversies in her personal and professional life.