Zuma Nesta Rock is possibly single as of now. He is too young to be in a romantic relationship. 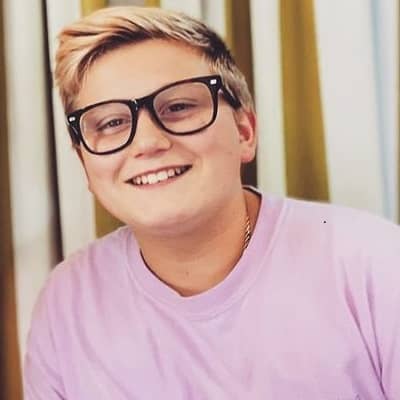 Who is Zuma Nesta Rock?

Zuma Nesta Rock is recognized as a celebrity kid.

He rose to fame as the second son of rock singers and actress Gwen Stefani and her former partner, an English musician, and actor Gavin Rossdale.

Zuma was born on the 21st of August 2008, at 12:46 in the afternoon at Los Angele’s Cedars-Sinai Hospital. His full name is Zuma Nesta Rock Rossdale.

Similarly, he has a half-sister named Daisy Lowe from his father’s past relationship. Daisy is a fashion model by profession.

Zuma is still in high school. Further, he holds American citizenship and his ethnicity is mixed (Scottish, English, Irish, and Italian).

Zuma’s father Gavin is an English well-renowned musician and actor. He is a lead singer and rhythm guitarist of the rock band, Bush. Earlier, he was also a member of the American rock band Institute. On the other hand, her mother, Gwen is a singer-songwriter, fashion designer, and television personality.

She is also the founder and the lead vocalist of the rock band, No Doubt. In 1995, the couple started dating, and several years after they tied the knot on September 14, 2002. After 13 years of marriage, the duo got separated when Gwen found out that her husband Gavin was cheating on her with their nanny Mindy Mann. In 2015, she filed for divorce.

Gwen is presently engaged to the Country singer, Blake Shelton. They are together since November 2015. Nevertheless, Gavin is possibly single as of now.

The celebrity kid has never been part of any sorts of rumors and controversial matters till now.

Zuma is enjoying his parent’s wealth as of now. He hasn’t yet started his professional career. As of now, he is more focused on his studies.

Talking about his parent’s income, her mother, Gwen has an estimated net worth of around $150 million as of 2021.

Similarly, his father has an accumulated net worth of $45 million from his successful career.

Talking about Zuma’s physical appearance, he has a fair complexion. Likewise, he has hazel pair of eyes and blond hair color.

His height and weight aren’t available in the media.