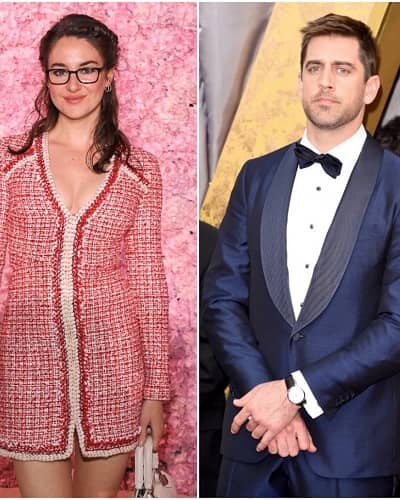 Aaron Rodgers and Shailene Woodley are a betrothed couple!

Aaron announced the engagement on 6th February 2021 during the NFL Honors award. Rodgers won the 2020 AP Most Valuable Player award on 6th February and he gave a speech saying,

“2020 was definitely a crazy year filled with lots of change, growth, some amazing, memorable moments, 180 straight days of having my nose hair scraped, playing for very little fans or no stands the entire season. I engaged and I played some of the best football in my career. “

Also read Kevin Love and Kate Bock are engaged! Know about their relationship, net worth, mental health, and more…

Shailene thanked many people and his team and after which he shouted ‘my fiancee’ referring to Shailene Woodley. He concluded the speech by saying,

“There’s so many more people I’m thankful for. Just encourage people to read books, to meditate, speak things to life, manifest the desires of your heart, question everything and spread love and positivity.”

The details of their engagement is low-key. But soon the wedding bells of the couple will be known to all.

Aaron Rodgers is an American Football Quarterback who is immensely popular as a player of ‘Green Bay Packers‘ in the National Football League (NFL) since 2005. He is also famous for being a former college player for California with the ‘Bert Bell Award’ in 2011. Read more bio…