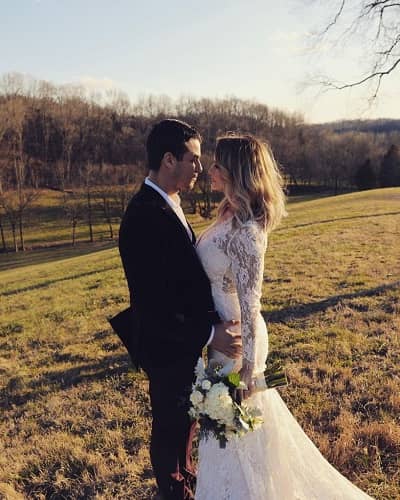 Brendan McLoughlin and Miranda Lambert have completed two years of their marriage. On 26th January 2021, they celebrated their 2nd Wedding Anniversary by wishing each other on social media.

“Happy anniversary to this amazing woman.”

“In honor of Valentine’s day I wanted to share some news. I met the love of my life. And we hitched! My heart is full. Thank you Brendan Mcloughlin for loving me for … Me.”

“I think we understand why we had him in my video … because he’s really pretty and I needed a video babe and he was there, so I mean, it just worked out.”

Miranda Lambert, two Grammy Award-winning American country singer-songwriter is well-known as a member of Pistol Annies. Her debut album Kerosene went on to be certified platinum in the United States. Read more bio…