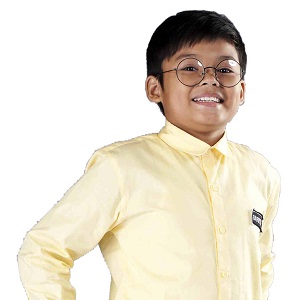 What is the relationship of Byron Ortile?

Cute and adorable Bryon an unmarried boy. He has not revealed anything about his personal information.

There is nothing relating his past and present affair status is published. Being so young, it seems like he is sharpening his strength and skills to make his dreams come true.

Who is Byron Ortile?

Byron Ortile is a Filipino actor. He is extremely prominent for his role in “Basahang Ginto” as ‘Michael’ and “Ikaw Sana” as ‘Georgie Lorenzo’. He has made recognizable position in the Philippine acting field at the young age.

Bryon was born to the Asian parents on August 24, 2002, in Rizal, Philippines. His nationality is Philippine and belongs to Asia ethnicity.

There is no information about his mother, father or siblings. Being a private person, he has not revealed anything about his parents.

Bryon made his professional acting debut in the year 2008 and appeared in a film titled ‘Sakal, Sakali, Saklolo’ as ‘Ken’. In the same year, he, made his T.V. debut and appeared in a two T.V show titled ‘Luna Mystika’ and ‘Gaano Kadalas Ang Minsan?’

He did not get so much popularity because of his minor role and it was a low rated film; however, he struggled more to get a major role and successful films. From 2009 to 2010, he appeared in a T.V film titled ‘Ikaw Sana’ as ‘Georgie Lorenzo’ for which he received huge positive responses and reviews from fans and viewers.

He hasn’t won or been nominated for any award so far in his career.

How much is the net worth of Byron Ortile?

His net worth is not published yet and is in under review.

Currently, there no drastic rumors regarding Bryon’s personal and professional life.

It seems like he is doing best job without harming others for which he hasn’t been a part of controversy yet. Also, he is so young to be a part of rumors and controversy.

Also get to know more about the birth facts, education, career, net worth, rumors, height, and social media of different personalities like John Lloyd Cruz, Enchong Dee, and Jhong Hilario.