Posted by MarriedBiography Posted on February 5, 2021 | In Dating , Relationship
Share this 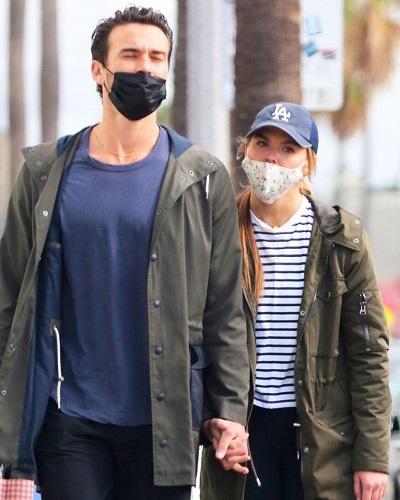 Adam Woolard is a model who is rumored to be dating The Bachelor star, Hannah Brown. Adam is the client of Campbell Agency and has worked as a model for brands like weight loss supplement AdvoCare. Another agency named Work Talent Agency shared its photos of the E-Harmony Campaign.

“For two years I worked directly under the Family Services Director assisting in the first steps of evaluating applicants for NAHFH’s Homeownership Program.”

Where did Adam Woolard educate from?

Adam Woolard attended the University of Arkansas at Fayetteville in the year 2005. He graduated from there with a Bachelors of Science in Business Administration and Finance. After that, Adam went to Lipscomb University in 2010 and graduated with an MBA in 2012.

Likewise, he is a Certified Treasury Professional issued in July 2015 from the Association of Financial Professionals (AFP).

Adam Woolard and Hannah Brown sparked a romance rumor after they were spotted holding hands in late January 2021. They were walking down the Abbot Kinney Boulevard in Venice Beach as both of them were wearing a face mask to stay protected from the Covid-19 pandemic. Also, they were both dressed casually for their outing as they wore a matching army green jacket.

Hannah paired her coat with a striped shirt, black leggings, a Los Angeles Dodgers hat, and black sneakers. Likewise, Adam wore a pair of black joggers, a blue t-shirt, and Nike sneakers. There was earlier speculation of Hannah dating a mystery man after she posted a photo with a mystery man with whom she went on a date. The new Bachelor star Matt James has already met Adam and has good words to say about him. Likewise, Matt said,

“I couldn’t approve more. I actually had a chance to meet him, and he’s incredible.”

As of 2019, she is a contestant of the 23rd season of The Bachelor and the 28th season of Dancing with the Stars. Read more bio…

All about the relationship timeline of Rob Gronkowski and Camille Kostek!
Tags : Campbell Agency Model