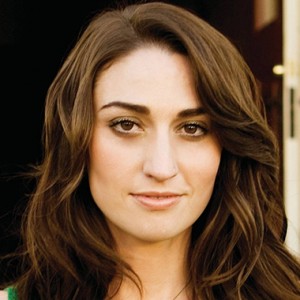 You are overwhelmed and haven’t learned to be your own friend through this yet. You will. Your fear of jumping without a net is so valid, and the trick that you haven’t learned yet is that that’s life, always and everywhere. There are no nets. Life is a big, long free fall, and the sooner you can embrace what is beautiful about that, the sooner you will start to enjoy the ride.

The prominent actress Bareilles has kept her personal life as a secret and as well as away from social media. She has had affairs with good-looking men but hasn’t publicized any information about it as she only wants to focus on her career rather than giving time to her personal affairs.

Who is Sara Beth Bareilles?

Sara Beth Bareilles is a famous American singer, songwriter, actress, and author who achieved success in 2007 with her hit song “Love Song” which has over 84 million views to this day.

Bareilles was born on December 7, 1979, in Eureka, California. She is the daughter of father Paul Bareilles and mother Bonnie Halvorsen. Her ethnicity is mixed(Italian, Portuguese and German) and nationality is American.

Sara is the third child of her parents. She has three sisters, Jenny Bareilles, Stacey Bareilles, and Melody.

She had also performed in her school choirs and played Audrey in a high school production of Little Shop of Horrors. After completion of her high school,  she attended the University of California, Los Angeles, where she majored in communications.

Bareilles graduated in 2011 and stayed in her birthplace so that she can fulfill her dream of being a musician. For three years she performed in every club, she performed in several open-mic nights, did few gigs and finally got a chance to perform at festivals.

While moving towards the professional career of Sara Beth, she had started from the year 2002, after graduating from UCLA. That time she used to perform at local bars and clubs, building a following before performing in larger venues.  She had also recorded her first demo, Careful Confessions, which eventually got the attention of Epic Records in 2003. Then she had released her first album Careful Confessions in 2004. The next year she had signed a contract with Epic Records.

She was also featured by iTunes “Love Song” as the free single of the week. Then she had performed the song on The Tonight Show with Jay Leno and on the Today show in 2008. Likewise in 2010, her new album  Kaleidoscope Heart was released. The album included “King of Anything”, “Uncharted”, “Gonna Get Over You”, “Bluebird”, and “King of Anything”. She recorded her first demo, Careful Confessions, which eventually got the attention of Epic Records in 2011. And then in 2012, she had released an EP, Once Upon Another Time, featuring the lead single “Stay”.

Similarly, she had also announced that she would conduct an 18-city tour to promote the new album in 2013. She then started to work on her next fifth album in 2015. And by the year 2017, she had announced on The Today Show that Sara Bareilles would take on the role of Jenna Hunterson in Waitress, on March 31 for 10 weeks only.

And this year, she is starred as Mary Magdalene in the NBC Live concert broadcast of Jesus Christ Superstar. She has also announced that she is working on a new album.

Her salary has not been mentioned anywhere but her net worth is estimated to be 12 million. She falls on the top 12 richest celebrities in Hollywood.

Sara is in her late thirties and has managed her physical appearance. Her height is 5 feet 5 inches and she weighs 57 kgs. She has blonde hair and black eyes. Besides this she has also mentioned her body measurement which is 33-24-34 inches, her shoe size is 8(US).