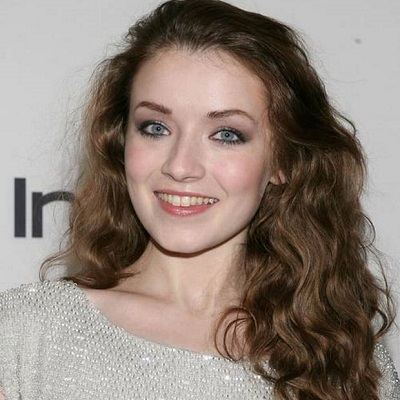 I have blessed hands. I got my hands blessed by the priest, and I am able to give out Holy Communion at Mass. It is lovely to be part of it.

I became a minister of the Eucharist when I was 17. My parents aren't very strict Catholics, but for some reason I decided this is what I want to do, and I have kept it up.

Ireland's always going to be my home, but so much is filmed in L.A., so you have to spend time out here.

Currently, Sarah Bolger is in a relationship with Julian Morris. They are together since 2012.

Who is Sarah Bolger?

Sarah Bolger is an Irish Actress.

She is known for her work on the TV series The Tudors in the role of Lady Mary Tudor and on Once Upon a Time as a princess Aurora.

In 2019, she played a Crime, Thriller movie A Good Woman Is Hard to Find, directed by Abner Pastoll and Written by Ronan Blaney. It will be released in 2020.

She had one sister, Emma Bolger, who is an actress. She is known for her work on In America, Proof, and Heidi.

She joined the Young People’s Theatre School in her home city of Dublin, Ireland.

Sarah Bolger’s net worth is approximately $1 m US. Her main source of income is from her movies and TV career. The average Actor and performer salary in the United States is $56 k.

She played a movie In America, gross collection worldwide is $25 million US.

Her movie Strombreak budget is $40 million US.

Sarah has Bright blue eyes with auburn hair. Her height is 5 feet 3 inches with a weight of 58 kg and her body measurements are 34-25-36. Her Waist Size is 25 inches.