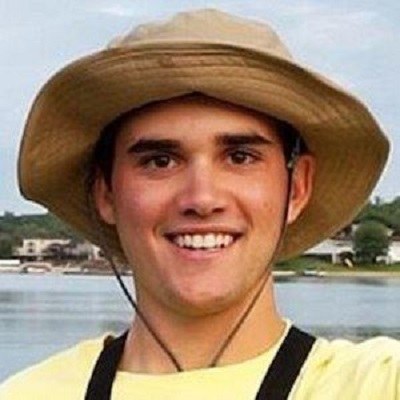 Andrew Flair is currently in a relationship with Macy Hollingsed.

As of July 20, 2019, He posted a picture with his girlfriend Hollingsed. he also proposes Hollingsed and gave her a beautiful ring.

Who is Andrew Flair?

He is best known for his YouTube channel, FLAIR, and his fishing tips as well as different techniques.

Andrew Flair was born on January 29, 1997, in Omaha, Nebraska, USA. His birth sign is Aquarius.

While he is in middle school, he is fond of different sports such as football and basketball.

He has not disclosed any information about his family members as well as his education.

Flair has 1.54 million subscribers on his YouTube channel titled, FLAIR. He joined YouTube on April 19, 2012, and the channel has over millions of views.

At the beginning of his YouTube career, he used to upload videos about fishing adventures. First, he starts fishing in his local pond, which is nearer to his house.

Later, he makes videos about fishing tips and techniques for his fans and subscribers. He also catches different kinds of fishes from different places with his fishing style. Then everybody shows an interest in his videos. He gains views from different parts of the world.

Sometimes, he uploads hunting video, in which he hunts different animals and birds too.

Flair’s net worth is approximately $1.5 million.

Flair has 670 k followers on Instagram with id fishing_with_flair. He has more than 943 posts on his Instagram wall. He followed personalities like David Dobrik, Luke Bryan, Trevor Wallace, and Lindsay Brewer.

Flair has around 55.6 k followers on Twitter. He joined Twitter in December 2012 and tweeted more than three hundred tweets.

Besides, he is also active on Facebook and has 31.7 k followers on it.