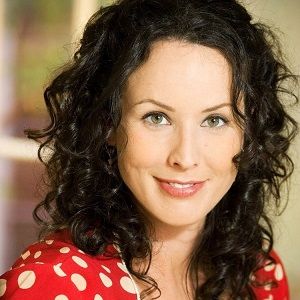 Angela was married to Gavin O’Connor in 1995. Gavin is one of the popular director and screenwriter. But no sooner, the couple separated in 1996.

She is now married to Abe Ingersoll. There is no information on her wedding date and details. The couple has two children, both daughters. She is living a happy married life with her husband and children.

Who is Angela Shelton?

Angela Shelton is one of the famous American screenwriter, actress, and documentary film producer. She has worked for the film like Tumbleweeds and also in the documentary film named, Searching for Angela Shelton. Angela there works as a writer, director, and editor. The women are also one of the recognized authors and write the different book. Her book includes Finding Angela Shelton: The True Story of One Woman’s Triumph over Sexual Abuse.

After her parents divorced when she was in her young age. Shelton lived with her father, stepmother, stepbrother, and stepsister in North Carolina after her parent’s separation. She and her siblings suffer a lot in their childhood as they were sexually molested by her father and stepmother.

After that, they were removed from their care and placed in foster care. Growing up in these situations inspired her to make a documentary.

There is no information about her education history. Also, it is not known in which college or school she attended.

In 2001, Shelton she started her career as the production of a documentary. For that work, she traveled the United States and interviews 40 of the 76 women.

When she has the interview with various of the women. She finds that many of them were suffered from raped, beaten, or molestation problems. Looking at and researching their situation, she catalogs their traumas, rents a motorhome and spent 57 days traversing the United States.

There she spends nearly $300,000, which also includes the donation by some personal friends and family. Shelton later confronts her father about her own abuser. She does it during the production of the film. She meets with her father on Father’s Day 2001 to confess about her molestation.

Shelton chooses her field in the promotion when she starts and distributes the film independently in 2004. It appears on the American television programs 48 Hours and The Oprah Winfrey Show. As she has great effort to bring attention to domestic violence against women and children.

The book also has the additional chapter explaining all that happened since she made her film and why she went back to writing more fun things. It has a new cover.

She was presented with the Voice of Courage award from Darkness to Light. She has been felicitated with the Humanitarian Award from the Cultural Enrichment Committee at Umpqua Community College in Oregon.

Angela Shelton is one o the recognized personality and also receives various awards. Her different achievements and awards include the following:

Angela Shelton: Salary and Net Worth

She must have good earning through her acting career and endorsements, however, her net worth is unknown.

There are no any rumors regarding her personal and professional life. It seems she is doing his best job without harming others and has been a private person in his life, for which she has not been in any controversy

She stands tall with the height of 5 foot and 11 inches. Her weight is unknown. She has black colored hair and green colored eyes.