Kodak Black is an American rapper, singer, and songwriter. He is now in jail fulfilling his sentence. 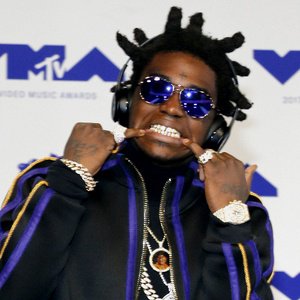 While we walking, while we breathing, we dying... I be really feeling like, even though we live to die, some people be dying to live.

I didn't just freestyle it. At the end, it's about bread.

Kodak Black is dating but the identity of his secret lover is not disclosed yet. Moreover, he has a son named King Khalid but the name of the child’s mother is Jammiah Broomfield. He likes to keep his relationship status secret.

About Kodak’s past affairs, he was in a relationship with Cali. The reason for their break up as Cali said was Kodak’s sleeping with multiple people while they were together.

Who is Kodak Black?

Kodak Black is an American rapper, songwriter, and singer who is best known for his singles ‘Zeze’, ‘Tunnel Vision’, ‘No Flockin’, and ‘Roll in Peace’.

Also, he has been involved in numerous legal issues.

He was born on June 11, 1997, in Pompano Beach, Florida, USA. His birth name is Dieuson Octave and is currently 23 years old. His mother’s name is Marceline Octave but his father’s name is unknown.

He legally changed the name to Bill K. Kapri on May 2, 2018. His parents were migrants from Haiti and his father abandoned his family when he was at an early age. Then, he was raised by his single mother. According to some online sources, he has a brother named John Wicks.

Kodak holds American citizenship and his ethnicity is Afro-American.

He began rapping in elementary school and also often visited a trap house after school in order to record music. In addition, he also spent his days reading thesaurus and dictionaries to increase his vocabulary skill, but, the hood lifestyle did get him.

He was frequently arrested because of participating in brawls and breaking and entering with his friends. In addition, he was expelled from school for fighting and also got arrested in middle school for auto theft.

Further, he added that he was given only two options in his childhood either sell drugs with a gun on his hip or rap.

When he was 12 years old, Kodak Black joined a rap group called Brutal Youngnz followed by joining the rap group The Kolyons. He released his first mixtape. ‘Project Baby’ in December 2013 and released another mixtape in ‘Heart of the Projects’ in December 2014.

Kodak Black became more popular when Canadian rapper Drake posted a video of himself dancing on Kodak’s song ‘Skrt’. Fortunately, he got an offer to sign with Atlantic Records in the same year. Furthermore, he also collaborated with French Montana in the single ‘Lockjaw’ which became successful in peaking at 23 on Billboard’s Hot R&B/Hip-Hop Songs chart.

It seems Kodak has not been awarded and nominated for his work to date.

He has an estimated net worth of around $600k and she has earned that sum of money from his professional career. As he has been arrested several times and sued, his net worth is fluctuating.

He broadcasted on Instagram himself in January 2017 with a group of men in a hotel room along with a  single woman, who performed oral sex on them.

He was arrested for trying to re-enter the USA from Canada with weed and a Glock in his car. Recently, on April 24, 2019, his tour bus were searched by the FBI, and weapons were found. He then is sentenced for 46 months of jail.

To know more about Juice Wrld, Lizzo, and Lil Nas X, please click on the link.