Updated On February 7, 2023 | Published By: Alisha Ghram
Share this
In Relation 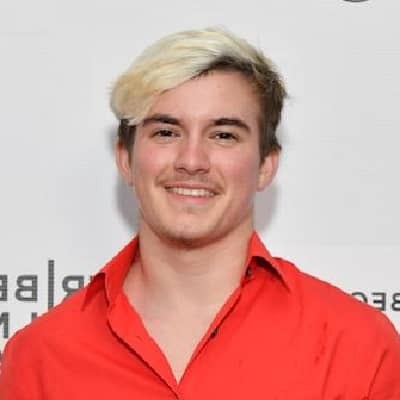 What is the relationship of Mack Beggs?

Mack seems to be in a relationship with a girl named Becca. She is active on Instagram with the username of “imastrawberry18”.

They haven’t talked anything officially about their relationship. However, they upload various photos together captioning their love and calling each other their bae.

Who is Mack Beggs?

Mack Beggs is the only transgender male wrestler in America. He is known for winning the Texas state girls’ wrestling championship twice times. He has his final transgender surgery in August 2018.

Who are the parents of Mack Beggs?

Mack was born on April 6, 1999, in  Texas, United States. He seems to be close with his siblings and often posts various photos together in his

His father’s name is Marco Karam. Likely, his mother’s name is Angela McNew.  Likewise, he hasn’t disclosed much information about his childhood.

He holds an American nationality and is of Irish descent.

Mack has his schooling from Euless Trinity High School. Then he completes his education at Life University.

During high school, he also finished in boys’ division tournaments. He was in third place in Greco-Roman and third in freestyle wrestling at the USA Wrestling Texas State Championships in 2018. The same year, Mack receive an opportunity to wrestle at the collegiate level. He was a walk-on in the men’s division in an NAIA school. He also wrestles for Life University.

Mack couldn’t complete the 2018-19 collegiate wrestling season due to surgery. In 2019, a documentary, Mack Wrestle was released sharing his story.

Beggs was satisfied with the University regulations and called on state legislators to alter them.

The University Interscholastic League has regulations that require athletes to compete under their gender assigned at birth.

Moreover, Mack also stated that the debate relating to legislation has motivated him to advocate for transgender youth.

How much does Mack Beggs earn?

Mack must have received good earnings from his career. Yet its details are not available.

Mack State Championships are considered controversial due to the low doses of testosterone he was said to take in his high school freshman year.

Some of his female wrestling competitors, their parents protested citing the possible advantages testosterone could provide.

Mack then took hormone blockers which would prevent any advantage provided by the synthetic testosterone.

Mack has an athletic built fit body. Yet its measurement and his height and weight details are still under the curtain.

He has naturally dark brown colored hair and usually dyes it into blonde and other colors. Likewise, his eyes are also dark brown.

You may also read the bio of Eugene, Jon Moxley, Stan Hansen, and Tito Santana.