Michael Sheen has been seen in relationships with many of the girls. He is currently dating Aisling Bea.

He was in a relationship from 1995 to 2003 with actress Kate Beckinsale. This couple together has a daughter named Lily Mo Sheen born in 1999.

Sheen also had a relationship with a ballet dancer named Lorraine Stewart from 2004 to 2010. He also once dated Canadian actress Rachel McAdams between 2010 to 2013.

Again it was heard that he was dating Anastasia Griffith and Caitlin FitzGerald 2013. Again in 2014 till 2017, he dated American actress Sarah Silverman. 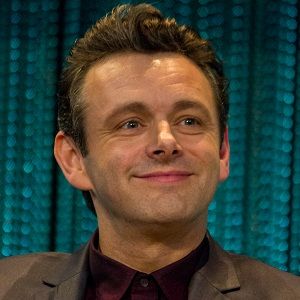 Who is Michael Sheen?

Michael Sheen is a famous Welsh actor. He is renowned for his works in both stage productions and films.

Michael Sheen was born on 5 February 1969 in Newport, Monmouthshire, Wales. He is now 49 years old.

His father’s name is Francisco Estevez who was a British Steel Corporation manager. His mother’s name is Irene Sheen who was a secretary. He also has a younger sister named Joanne.

When he was five, the family moved to Wallasey, and after three years, moved to Port Talbot, and settled there. His ethnicity is mixed(Welsh, English, and Irish).

Michael Sheen has started his career by working in theatres. In 1991, he performed his first professional role in ‘When She Danced’ at the Globe Theatre. Likewise in 1992, he also played in the play named ‘Romeo and Juliet,’ and ‘Don’t Fool With Love’ the following year. In 1993, he appeared in ‘Moonlight’. After that, he has also made his career television debut in the BBC mini-series ‘Gallowglass’.

No sooner did he establish his career and in 1994, he was given the title role in the play ‘Peer Gynt’. Upcoming year, he performed in ‘Le Livre de Spencer’ at a Paris theatre. After that, he was well known in the industry. He got many opportunities and has acted in the play ‘The Seagull’ in 1995. He also performed in ‘The Dresser’ as an actor and also as a director. This actor finally succeeds in making his film debut in ‘Othello’ opposite Kenneth Branagh.

In 1996, he appeared in ‘The Ends of the Earth’. His most significant stage performance that was loved and appreciated by everyone came in 1997 when he was seen in the title role in ‘Henry V’. Then he appeared in Harold Pinter’s ‘The Homecoming’. In 1997, he also did the biographical film ‘Wilde’, where he has played Robbie Ross.

In 1998, he joined with a production company ‘The Foundry’, cofounding and promoting the works of new playwrights. Through it, he was able to produce ‘A Little World of Our Own’ at the Donmar Warehouse. From 1998 to 1999, he was seen portraying Mozart in ‘Amadeus’ and in 1999, he played Jimmy Porter in ‘Look Back in Anger’. From 2002, Michael Sheen uplift his career towards directing by devoting more time to films.

He finally had his first leading role in the portrayal of Colin in ‘Heartlands’ in 2002. In the same year, he did a minor role in ‘The Four Feathers’ which was an action-adventure film. In 2003, he appeared in ‘Bright Young Things’, where he had played a gay aristocrat role. He was starred as ‘Caligula’ at the Donmar Warehouse in 2003.

In 2004, he was seen starring in ITV’s ‘Dirty Filthy Love’, a comic film. He was internationally recognized in 2006 when he has his performance of Tony Blair in ‘The Queen’. The same year, he had played a different role.
He also starred in ‘Nero in Ancient Rome: The Rise and Fall of an Empire’ and ‘HG Wells: War with the World.’

From 2006 to 2007 he was well known for his role as the television broadcast as he was featured in the play ‘Frost/Nixon’. In 2009, he was seen as the football manager, and his role was appreciated by everyone in ‘The Damned United’. The same year, he also appeared in ‘Underworld: Rise of the Lycans’.

In 2010, he played a supporting role in the science fiction film named ‘Tron: Legacy’. In the same year, he appeared in the role of the terrorist in the ‘Unthinkable’ movie. He also performed in Peter Morgan’s Blair trilogy, ‘The Special Relationship’. In 2011, he was seen in the role of creative director, and also starred in the stage production  in the movie ‘The Passion.’

In 2007, he was nominated for a Laurence Olivier Award for Best Actor for the play ‘Frost/Nixon’. He has also won the Variety Award at the British Independent Film Awards 2008. Lastly, in 2010, he received the BAFTA Britannia Award for British Artist of the Year.

Michael Sheen: Salary and Net Worth

Michael is a professional actor and has good earnings. His net worth is estimated to be $9 million. His salary may be good but it is not revealed.

Michael’s has various rumors about his relationship as he has got more than seven relationships.

Michael Sheen has a physically fit body and stands 5 feet 10 inches in height. He weighs 71 kg. He has dark brown colored hair and brown colored eyes.