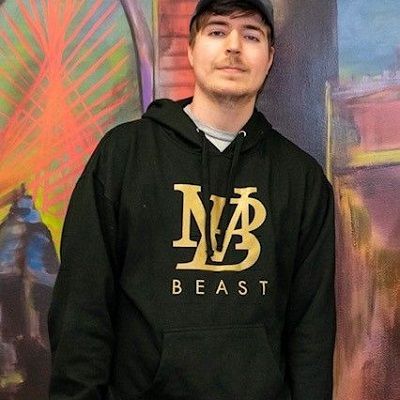 What is the relationship of MrBeast?

He is dating Maddy Spidell. Maddy is a dancer, stylist, and Instagram personality. The two have not revealed the exact date that they have started going out. However, it seems like they dating since June 2018 according to their Instagram posts.

Jimmy Donaldson who is popular by the name MrBeast is an American YouTuber and social media personality.

His YouTube channel has more than 22 million subscribers as of now with more than 2 billion views on videos. In addition, he gained personality with his ‘Worst Intros’ video series.

MrBeast was born on  May 7, 1998, in Greenville, North Carolina. Currently, he is 24 years of age. There is no information about his father and mother.

However, it is reported that he was raised by his mother. He has a brother. However, his name remains unknown. Similarly, his ethnicity is unknown, too. Jimmy is of American nationality.

Talking about his education, Jimmy attended Greenville Christian Academy where he played sports including baseball and basketball.

Jimmy created his YouTube channel in 2012 and started posting random videos since then. Firstly, he gained some attention when he posted a video series titled ‘Worst Intros on YouTube.’

His popularity skyrocketed after he posted gaming-related videos such as ‘Minecraft Factions: A Guy Sent His Home in Our Base’.

After doing this for a couple of years, he came up with expensive videos that needed a lot of money. Actually, MrBeast started spending several thousand dollars online and started posting unique videos such as ‘5$ For Hot Girls To Advertise Your YouTube Channel.’

After that, he gained global recognition after starting to post heart-warming videos on his channel. These videos included ‘Giving A Random Homeless Man $10,000.’ Moreover, after his fame, he kept making such videos. Also, he told his audiences that an app called ‘Quidd’ was sponsoring all the money that he was giving away in his videos.
In addition, he started giving donations to random Twitch streamers. By now, his channel accumulated millions of views.
However, he did not stop there as he came up with videos that no one else had seen or even thought of before. Some of the most viewed videos on his channel include ‘I Bought A Car Using Only Pennies,’ ‘I Donated $30,000 To A Random Twitch Streamer,’ ‘I Flew Using Only Leaf Blowers,’ ‘Can 100,000 Pieces Of Paper Stop A Bullet?’, ‘Last To Remove Hand, Gets Lamborghini Challenge’, etc.

He is one of the most popular YouTubers of all time. His success has reached new heights. His videos get around 10 million views in a day. In addition, his total YouTube views have reached 3 billion views in total. Similarly, he has around 22.4 million subscribers as of now. However, this number is expected to keep increasing in the coming years. He is also associated with a company called ‘Quidd.’

He was the finalist in the 11th Annual ShortyAwards for Best Vlogger.

MrBeast has earned a huge amount of income from his YouTube channel. As of 2022, he has an estimated net worth of around $55 million. However, his annual salary is still under review.

It is no doubt that he earns a huge amount of income annually. The popular YouTuber earns a massive amount of money from YouTube. Moreover, he has also advertised several brands on his channel.

In 2018, another YouTuber called FlyyDoesYT accused MrBeast of faking his videos in a 25-minute-long video.

In that video, he also said that MrBeast is mistreating his employees who work for him. Furthermore, he said that the Youtuber fakes in front of the camera and it is not his real self.

MrBeast did not take much time to dismiss these claims. He responded by saying all these are false. Also, he denied that he was faking anything. Similarly, he also told that anyone could ask the people whom he gave money whether they received it or not.

MrBeast is a tall guy with a height of around 6 feet 4 inches. Similarly, he has a weight of around 70 kg. The Youtuber has brown hair and green eyes.