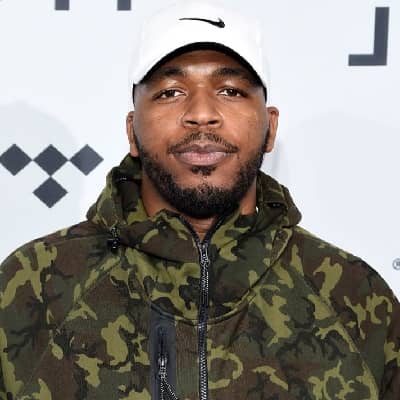 Quentin Miller’s relationship status is possibly single. Moreover, details about his affair and girlfriend are not yet made public.

Who is Quentin Miller?

Quentin Miller is an American rapper. He is one of the members of a musical group named WDNG Crshrs.

He is related to the Hip-Hop music genre.

He was born on 10 Oct 1989 in Atlanta, Georgia, the US. The name of his father is unknown and his mother’s identity is also not known.

Moreover, his ethnic background is All-American. He has also not disclosed his academics history.

Quentin Miller is a talented musical artist. He is associated with a music label named 1317 Recordings. In his early career, he released two mixtapes Recreational Activities and Max’s Endeavors.

In 213, he brought another mixtape, Weekends With Shane. Then by teaming up with popular rapper Drake, he gave public series of mixtapes called Hey Thanks Alot.

At present, he is with a group WDNG Crshrs. Miller along with Thaddeus “TheCoolisMac” Callaway formed this group in the year 2014. In Feb 2015, they released their debut album UTDinfinity. Their second album was titled CrshrsGotWings and hit the market in Aug 2015.

This rapper has an estimated net worth of $500 thousand as of the year 2021. As per the reports, the average salary of a music artist is $44k.

The net worth of three popular musical artists are,

This music star, at present, is not involved in any sort of rumors or scandals yet and is doing great in his musical career.

However, in July 2015, Miller was accused of ghostwriting songs for rap superstar Drake. This allegation was made by another rapper Meek Mill.

Regarding Quentin Miller’s body features, his height and his body weight are unknown. Moreover, the color of his eyes is black and his hair is also black.

Moreover, he has a YouTube channel with over 2.4k subscribers and it was created on 22 Sep 2016. He joined Twitter in Oct 2010 and has over 28k followers.