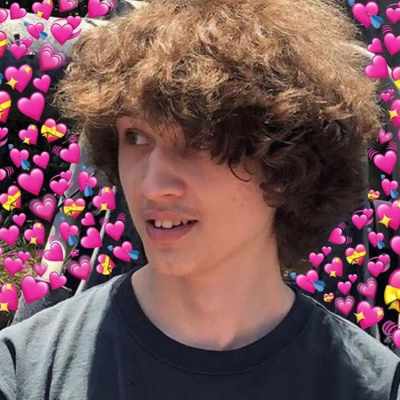 What is the relationship of RaccoonEggs?

Star YouTuber and content creator, Raccoon is still single and he is not dating anyone at the moment. At present, the young star is focused on his YouTube career.

Besides, Erza had not revealed his true identity until 2018. On 8 July 2018, RaccoonEggs showed his real identity when he uploaded a video entitled Face Reveal.

Also, he is in a friend circle with fellow social media personalities such as Fitz and Kryoz.

Moreover, he came into the light after meeting another gamer named Fitz on his surf server.

RaccoonEggs was born on 10 January 2000. At present, his age is 21 years old. Likewise, his birthplace is the United States of American. RacconEggs’s real name is Ezra.

Not much known his father and mother’s details, Erza has been secretive about his family. Moreover, he has not stated his sibling’s details as well.

Talking about his nationality, Erza holds an American identity whereas her ethnicity is Caucasian.

Regarding education, the star personality has not mentioned his educational details. He might be pursuing his higher studies in any renowned university. Additionally, he participated VidCon US at ‘Anaheim Convention Center’ in California, United States.

Popularly known as the gamer as well as YouTuber, RacconEggs created his YouTube channel at the age of 15 years old. It was his childhood dream to become popular on the internet. Erza titled his YouTube channel name, RaccoonEggs that is based on a long-running inside joke, which he regularly exchanged with his mates.

The YouTuber’s first video expressed some raccoons. Afterward, he uploaded many kinds of videos ahead of drawing attention towards uploading game videos. RaccoonEggs gained many subscribers in short periods because of its funny and attractive content.

A few of his highly watched videos on his channel are CS: Go Surf, in a Nutshell, CS: GO While High, Sleep Deprived Rainbow Six, CS: GO Antics, Why I Love CS: Go Surf, and Making People Laugh in CS: Go.

Ezra extended his platform creating his second YouTube channel named RaccoonEggstra on 2 February 2-18. Moreover, he often live-streams his videos on Twitch. On Twitch, the star has more than 40k followers. Further, he is famous on other social media as well such as Twitter and Instagram.

To sum up, we can find RaccoonEggs popular on the proprietary freeware VoIP application Discord that is meant for video gaming communities. Presently, he is one of the top-growing gaming commentators on YouTube.

The popular YouTuber, Erza aka RaccoonEggs has earned decent money from his profession. He has been actively involved in the YouTube platform since August 2015.

It is reported that RaccoonEggs has an estimated net worth of $500 thousand.

However, the YouTuber has not disclosed his exact salary, earnings, and assets details till now.

It is known that Ezra confessed that he is a marijuana user. Also, he smokes weed before posting his videos.

Other than that RaccoonEggs has never been part of any controversial matter or rumors till now.

It seems that the YouTuber prefers enjoying his personal life and does not want to merge it with his professional life.

21 years old, RaccoonEggs has handsome looks as well as an admirable personality. He stands at a height of 5 feet 10 inches. Also, he has a balanced body weight of 73 kg.

Furthermore, Erza has green eyes whereas his hair is brown.

About his social media presence, RaccoonEggs is an active personality on social media. – has more than 468k followers on his official Twitter account @Racc.

He is also active on Instagram with around 19k followers. Ezra owns a YouTube channel named 2.54million subscribers.

Moreover, RaccoonEggs is also available on Facebook with nearly 1.1k fans and supporters.