Amanda Martinez is in trouble for throwing hot soup into a restaurant employee! 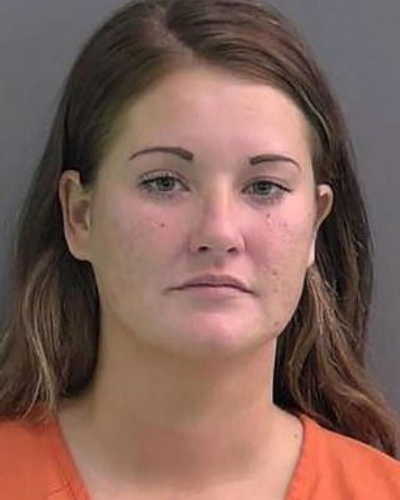 Amanda Martinez has been arrested for throwing hot soup into the face of a restaurant employee in Texas. She felt charges for assault causing bodily injury. Police revealed that she threw soup into the face of an employee after complaining it was too hot. The victim was Jannelle Broland and said it started when the woman called and complained her soup was so hot that it melted the plastic lid of her cup.

When Jannelle was trying to offer the refund, Amanda started yelling and cursing at her. She said,

“I told her, ‘Ma’am, I can still help you. All I’m asking is that you do not yell and curse at me. Then she says ‘Oh, no honey, you haven’t heard attitude yet, and I will talk to you any which way I [expletive] want.’ I said, ‘No, ma’am you will not,’ and I hung up the phone.”

More on the incident of Amanda Martinez

Broland said that Martinez came back to the restaurant and started yelling again. After that, she threw the soup in her face. She felt like someone pepper-sprayed her face. Jannelle’s eyes were burning and her nose bleeding. He said,

“By the time I wiped it away and could almost see again, there were already customers and staff outside following her out.”

After that, customers followed Amanda and got photos of her face and license plate. Likewise, a coworker called the police while a customer helped her clean. Broland ran to the bathroom crying and is thankful for all the support she received. She is asking people to leave Amanda alone. It is known that Amanda is facing a year in jail and a fine of $1,000.