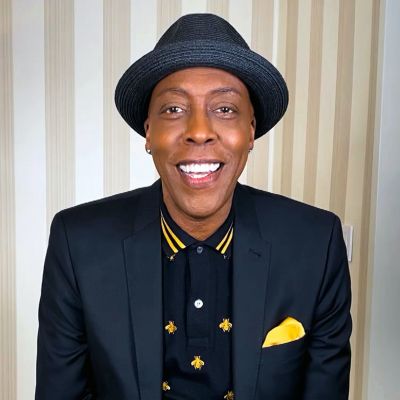 What is the relationship of Arsenio Hall?

Talking about his relationship details, Arsenio Hall has a son named Arsenio Cheron Hall Jr born in 1999 to his former girlfriend, Cheryl Bonacci.

Arsenio mentioned he took time off to raise his son before joining, The Arsenio Hall Show in 2013.  However, he does not seem to be with anyone at the moment.

Who is Arsenio Hall?

Arsenio Hall was born on 12 February 1956. At present, he is 65 years young star. Likewise, his birthplace is Cleveland, Ohio, the USA.

Arsenio is the son of his father, Fred Hall whereas his mother is Annie hall. Moreover, he has not mentioned his sibling’s information in the public yet.

Talking about his nationality, Hall holds an American identity whereas his ethnicity is African-American.

Arsenio first moved to Chicago then to Los Angeles in order to start his career in comedy. He was soon featured in a couple of appearances on Soul Train.

Later, he was the announcer for Alan Thicke during the short-lived talk show, Thicke of the Night.

He was also the original voice of Winston Zeddemore in the animated series, The Real Ghostbusters from 1986 to 1987.

In 1987, the star hosted the show and his stint proved immensely popular, leading to his being offered his own show in syndication.

He also hosted a nationally syndicated late-night talk show, The Arsenio Hall Show. Hall also had a rivalry with Jay Leno after the latter was named host of The Tonight Show, during which Arsenio said that he would “kick Jay’s ass” in ratings.

How much does Arsenio Hall earn?

A famed star, Hall has earned a handsome amount of money from his profession. He has been active in his profession from the year 1981 till the present.

As per celebrity net worth, Arsenio Hall has an estimated net worth of $ 30 million.

However, the comedian has not disclosed his exact salary, earnings, and assets details till now.

Regarding his social media presence, Arsenio Hall is an active personality on social media. Arsenio has more than 492k followers on his official Instagram account @arseniohall.

He is also active on Twitter with around 413.7k followers.

Moreover, Hall is also available on Facebook with nearly 865k fans and supporters

On 5 May 2016, Arsenio filed a $5 million defamation lawsuit against Sinead O’Connor after she claimed he had fueled Prince’s drug habit and had also spiked her drink at a party at Eddie Murphy’s house.

However, he dropped the case after O’Connor apologized and retracted her allegations.

Earlier, he was out of the public eye for three years in 1997. He mentioned what had driven him off stage. He got online under a fake name and typed in, “I know Arsenio better than anyone else and he’s not in detox, you idiots”.

What are the body features of Arsenio Hall?

65 years young star, Hall has handsome looks and an admirable personality. He stands at a height of 5 feet 11inches. Also, he has a balanced body weight of 77 kg.

Furthermore, Hall has black eyes whereas his hair is black.

Nevertheless, the comedian has never mentioned other physical details in the public yet.