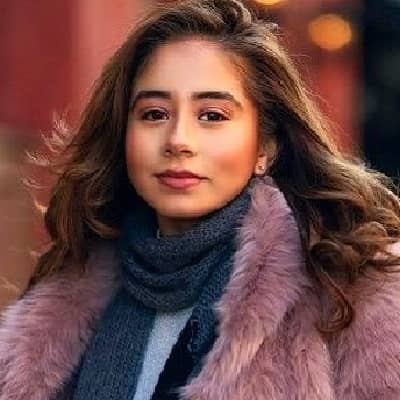 Baby J is married to her fellow boyfriend Candy Ken. He is a rapper and a social media influencer.

The duo was dating for a long time and married in October 2020. They together run the YouTube channel The Unicorn Family. The couple is expecting their first child in the summer of 2021.

Who is Baby J?

Baby J is an American social influencer and model. She is well-known for her content on her TikTok self-titled account named ‘Jostasy’.

Baby J was born on June 17, 1997, in the United States of America. Her birth name is Jostasy. She belongs to Ecuadorian ethnicity.

Her parent’s names are unknown. Her mother is active on Instagram with the username, babyjmum. Jostasy usually posts various pictures together with her mum.

The information related to her educational background is not available. She must be a graduate as per her age.

Baby J is now one of the popular internet sensations as of now. She started her internet career back in Oct 2014. Jostasy used to post various cosplay, lip-sync, duet clips, and dancing videos in her Tik Tok account. No s0oner she gained popularity and is crowned Tiktok Star now.

Talking about her other social media presence, she has amassed a great fan following on her Instagram account too. She posts the different photoshoots, modeling, vlogs, and musical.ly post in her insta feed.

Likely,  she launched her Youtube channel with her boyfriend Candy Ken on October 20, 2014. The channel is titled, The Unicorn Family. The duo posts various fun, daily activities, and lifestyle vlogs on their channel. Some of their famous videos are “MY GIRLFRIEND PEED IN THE POOL“, “I PROPOSED TO MY GIRLFRIEND” and so on. They have ammassed482K subscribers as of now.

She generally earns around $1,4800 USD from her sponsorship posts. Moreover, she also earns from her merchandise and endorsements.

The star prefers not to be involved in any such activities which cause her name to appear in the media as rumors.

Her official TikTok account also holds 8.4M followers with more than 210M likes. Similarly, she has a YouTube channel along with her boyfreind with 482K subscribers.