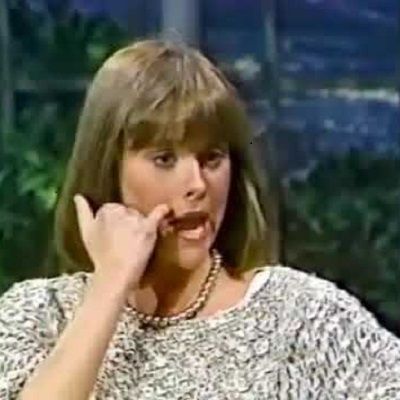 The Double Trouble Twins- Where are they now?

The Double Trouble Twins, Jean and Liz Sagal are still in the entertainment business but work behind the cameras.

Liz, who played Allison in Double Trouble from 1984-85, now writes for television shows. Her credits include Mad About You and Two Guys and a Girl. Jean works as a director and technical coordinator and a script supervisor.

The twins also guest-starred on the series Picket Fences and other shows. Jean and Liz started out as dancers and made their movie debut in Grease 2. It’s no surprise that the Sagals ended up in show biz.

Their father, the patriarch of the star-studded Sagal Saga was the late Boris Sagal, a director. Their mother, who passed away when the twins were just 14 years old, was one of the first women producers in Hollywood and a singer who sang in more than three languages.

Older sister Cathy is an actress, best known for playing Peg Bundy on Married With Children.

Who is Barbara Jean Sagal?

Barbara Jean Sagal is an American director. As a director, she is renowned for her movie Last Man Standing and Marlon among others. She is an associate director for the prime-time series 2 Broke Girls.

Jean Sagal is also a script supervisor and writer.

The 1984-85 television series Double Trouble is one of the highlights of Jean’s career. You can see Jean and Liz Sagal on The Tonight Show with Johnny Carson. Check it out!

Jean’s father Mr. Sagal is of Ukrainian descent and immortalized by the movies he directed like the 1971 movie, The Omega Man, The Name of the Game, and Masada.

Boris Sagal married Marge Champion on 1st January 1977 and they lived together till the day he died.

Mr. Boris Sagal was tragically killed on 22nd May 1981 by a spinning helicopter blade while he directing on the sets of the 1982 movie World War III in Oregon, USA. He was just 57 years young.

Liz  Sagal, her identical twin, is an actress and screenwriter among others and is married to Bruce Grayson. She is renowned for the series Sons of Anarchy.

Cathy Sagal was born on 19th January 1954, Hollywood, Los Angeles, and is older than Jean and Liz. Cathy too is an actress and is married to Kurt Sutter, the creator of the 2008 series Sons of Anarchy and in which Katey is the protagonist.

Joey Sagal was born on 12 February 1957 in Hollywood, Los Angeles and is older than Jean. Joey too is an actor and screenwriter and has played Elvis Presley and George Clooney. Joey has an ex-wife, Hanana Suzan-Stadner Sagal, Canadian executive and who made history as the first vlogger.

Gregg Champion was born on 20th November 1956 in Los Angeles, California and is Jean’s step-brother through her step-mother Marge Champion’s previous marriage to Gower Champion. Gower died on 25th August 1980.

David Segal is Jean’s elder brother. David is the Senior Vice President at Warner Brothers and is married to actress McNally.

Jean is the associate director of 2 Broke Girls and Two and a Half Men.

She is the director of some episodes of the TV series Wizards of Waverly Place, MADtv, So Little Time with the Olsen twins- Mary Kate Olsen and Ashley Olsen, and Just Shoot Me!

From 4th April 1984 to 30th March 1985, Jean appeared regularly with her twin Liz Sagal in the series Double Trouble. The series starred the Identical twins Jean and Jean as Kate and Allison Foster living with their so-very observant but widowed father and who slept with one eye open- and played by Art Foster.

The series was set in Des Moines, Iowa, US, and revolved around the lives of the twins’ high school, dancing, and their father’s dance studio.

The American sitcom Double Trouble was created by David W. Duclon, Robert Illes, and James Stein. It was, however the godfather- played by Norman Lear, who was the real enforcer in the concept of the show.

Other TV series are-

In 1984, as Kate Foster in the lead role of  Double Trouble.

In 1986, as Sandy Clark in Highway to Heaven

In 1989, as Gloria Collins in Quantum Leap

In 1995, Jean appeared in the scene about a storm warning in Pointman.

More about the 2018 Grease 2 Reunion Screening, Reception and Film Introduction and 35th Anniversary.

-Jean and her twin Liz Sagal modeled as the “Doublemint Twins” in the ad campaign by Doublemint gum.

-The Sagal Twins also worked for an ad campaign by McDonald’s.

Jean Sagal’s net worth is $10 million US approximately. Her earnings as a script supervisor is $700k US and above.

More about script supervisor- A script supervisor is a member of the movie crew. He/She oversees the continuity of the motion picture, the camera, wardrobe, props, set dressing, hair, makeup and the actions of the actors.

The script supervisor records everything that happens on the movie sets. Their credit appears in the closing credits of the motion picture.

You may also want to check out the single and married status of Liz Sagal and John Crowley (Director).