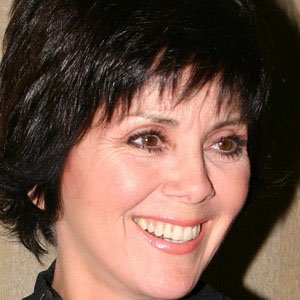 Shirley Maclaine once said that she didn't want to be a big star, just a long star. That's what I want too.

If that's the way the game is played, I don't want to play anymore.

I started on the stage when I was 13 and I consider the stage my home.

Joyce DeWitt is currently single. She was previously engaged to Randolph Mantooth but they could not flourish their relationship and separated their ways. Randolph is an Actor who is known for his appearance in ‘The Love Boat’, ‘Criminal Minds’, and ‘Fantasy Island’.

Also, Joyce was in a relationship with Ray Buktencia from 1979 to 1986. Currently, she is more focused on her career.

Who is Joyce DeWitt?

Joyce DeWitt is an American actress. She is popular for her role as Janet Wood on the ABC sitcom ‘Three’s Company’. She is also popular for her performances in ‘The Love Boat’, Living Single’, and ‘With This Ring’.

She was born on April 23, 1949, in Wheeling, West Virginia, USA. Her birth name is Joyce Anne DeWitt and she is currently 69 years old. Her father’s name is Paul DeWitt and her mother’s name is Norma DeWitt. She grew up in Speedway, Indiana. She is of Dutch descent from her father’s side and Italian from her mother.

Joyce holds American citizenship and her ethnicity is a mix of Italian, Swedish, Dutch, and Swedish.

She attended Speedway Senior High School and received a bachelor’s degree in theatre from Ball State University and moved to California to achieve a master’s degree from the University of California and graduated in 1974. She was a cheerleader during her high school.

Before stepping into an acting career, she first worked as a secretary. Then, she auditioned for different roles and got her first role in 1975 and debuted her screen appearance from the series ‘Baretta’. After that, she appeared in the series ‘Most Wanted’ and got two offers but had to choose one.

Joyce DeWitt chose the role of roommate Janet Wood in the hit comedy series ‘Three’s Company’ which became one of her major breakthroughs. After that, she appeared in ‘With This Ring’, ‘The Love Boat’, ‘Call of the Wild 3D’, ‘Finder of Lost Loves’, ‘Airplane II: The Sequel’, etc.

Recently, she appeared as Ethel Thayer in the 2017 play ‘On Golden Pond’, and as Detective Randi Toney in ‘The Savant’ in 2018.

She was arrested for drunken driving in El Segundo, California and she was ordered to pay a $510 fine plus penalty assessments.

Despite playing in so many films and television series, it seems she has not been awarded and nominated for her work till date.

She has an estimated net worth of around $4 million and she has earned that sum of money from her professional career. She earns an average of around $35k per episode.

There was a rumor that she became a surrogate daughter to the late ‘The Godfather’ actor, Abe Vigoda after painting his garage. She later announced that she never met Abe and never painted his garage. Also, there was speculation that she married ‘Life Goes On’ actor Ray Buktenica and it also proved to be false.